Woman facing lewdness charges after her 3 stepkids see her topless 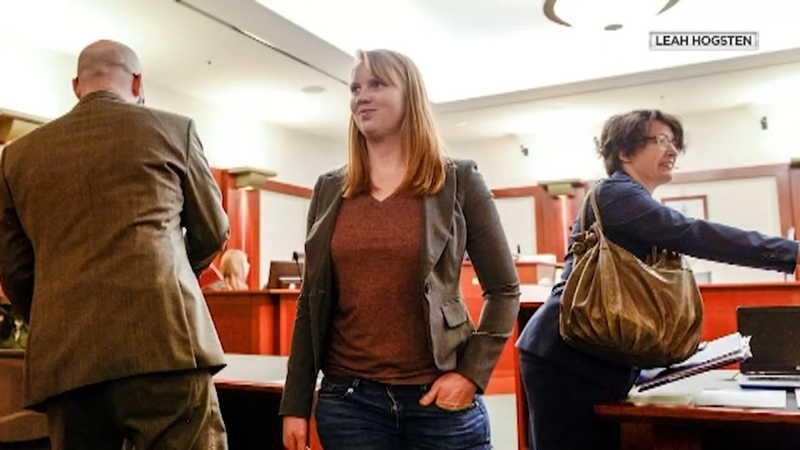 SALT LAKE CITY, Utah -- A stepmother in Utah is facing criminal charges for being topless in her own home more than a year ago, but she says her fight is bigger than just her case.

Tilli Buchanan told KSL she and her husband were hanging drywall in their garage at the time.

She took off her shirt and bra, so they wouldn't get dirty.

When her stepkids asked her why, she told them she considers herself a feminist.

But now Buchanan is facing three counts of lewdness in front of a child. If she's convicted, she'll have to register as a sex offender.

She thinks it's unfair that her husband, who was also shirtless, isn't being prosecuted.

Her attorneys are asking the judge to declare part of the Utah law unconstitutional.

"When you look at the statute, there's part of it that says this part of a woman is found inherently obscene and this part of the man isn't, and that really sets up an unequal, unfair dichotomy," said Leah Farrell, the senior attorney at the American Civil Liberties Union of Utah.

According to a map from advocacy group GoTopless.org, Utah is one of the states where the showing of a female breast in public is illegal.

In the orange-colored states on the map such as South Carolina and Florida, the laws are ambiguous.

The green states on the map such as Texas, New York, and California don't explicitly make it illegal to go topless. But you still could be arrested and charged in Texas for indecent exposure, public lewdness and disorderly conduct if you do it in front of people.

The site also has a list of cities that are officially topless "tested," which includes Austin, Texas.

However, the GoTopless website says, "Don't be intimidated! You can sue the city back for wrongful arrest (if your only crime was to go topless)."

Earlier this month, a Colorado woman did just that and will receive a $50,000 settlement since the charge was dropped.

As for Buchanan, a judge is expected to hand down a ruling in the next two months.