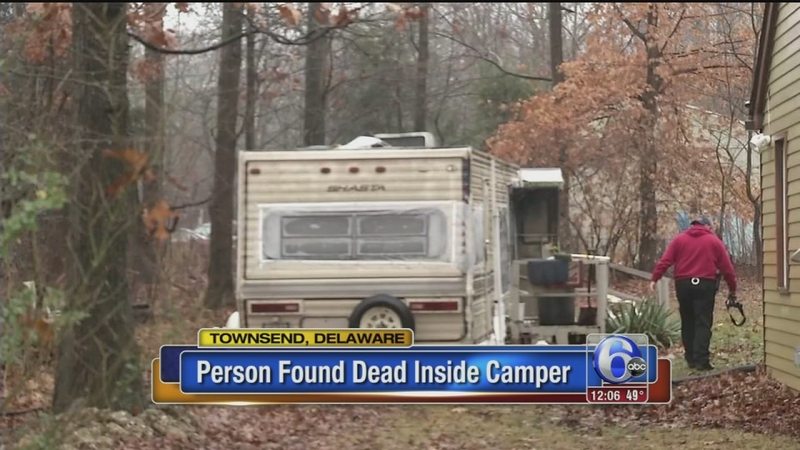 TOWNSEND, Del. (WPVI) -- A man was found dead after a fire inside a camper in Townsend, Delaware.

The fire was reported shortly before 6 a.m. Tuesday on the 100 block of Pine Tree Road near Summit Bridge Road.

Arriving paramedics extinguished the fire before fire crews made it to the scene.

The victim suffered severe burns and possible smoke inhalation. He was pronounced dead at the scene.

An autopsy will be conducted to officially determine the man's cause of death.

State fire investigators are still trying to determine what caused the fire.