Driver who ran red light, crashed into another vehicle claims he was being chased: Police 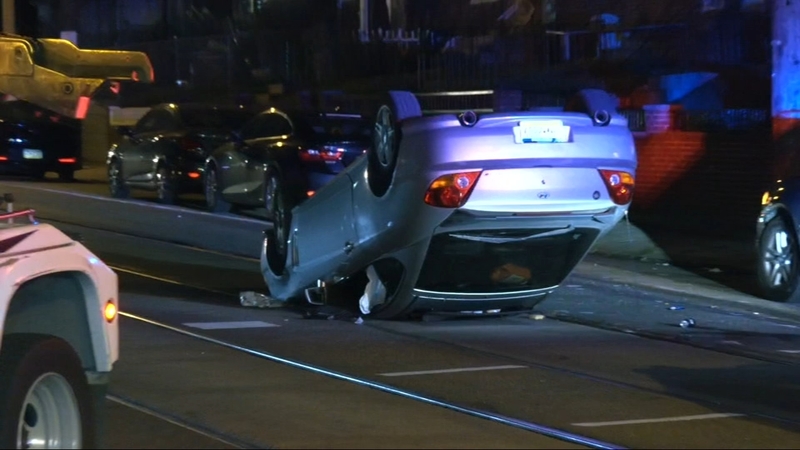 Man says he was being chased in SW Phila. crash

PHILADELPHIA (WPVI) -- A man who police say ran a red light and crashed his car into another vehicle in Southwest Philadelphia claimed he was being chased.

The crash happened around 12:30 a.m. Saturday at 57th and Elmwood streets.

Police said the driver went through a red light and struck a sedan that had a green light. The impact caused the sedan to flip over.

The driver told police that after the crash he was beaten by the person who was chasing him. He said that person then fled the scene.