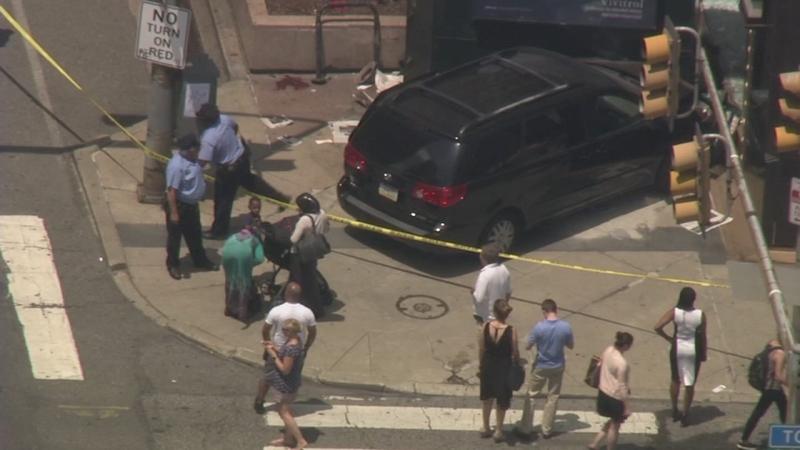 CENTER CITY (WPVI) -- The man who died after he was hit by a minivan that jumped a curb in Center City on Tuesday has been identified.

He died at Hahnemann University Hospital on Tuesday night.

A 38-year-old man was also struck and injured. He was last reported to be in stable condition.

The minivan left the road and hit a newsstand after being involved in a crash with an SUV, police say.

Video from Chopper 6 showed the minivan entirely on the sidewalk, with police and firefighters on the scene.

There was no word on any charges or the identity of the driver.