WPVI
CENTER CITY (WPVI) -- With more marches occurring in Philadelphia in the days leading up to the Democratic National Convention, police encourage protesters to contact them when a rally is being scheduled.

Monday morning's round of protests came courtesy of an organization called SURJ which stands for Showing Up for Racial Justice.

Their method of operation was similar to other protests over the past several days blocking traffic at several intersections in Center City during the morning commute. 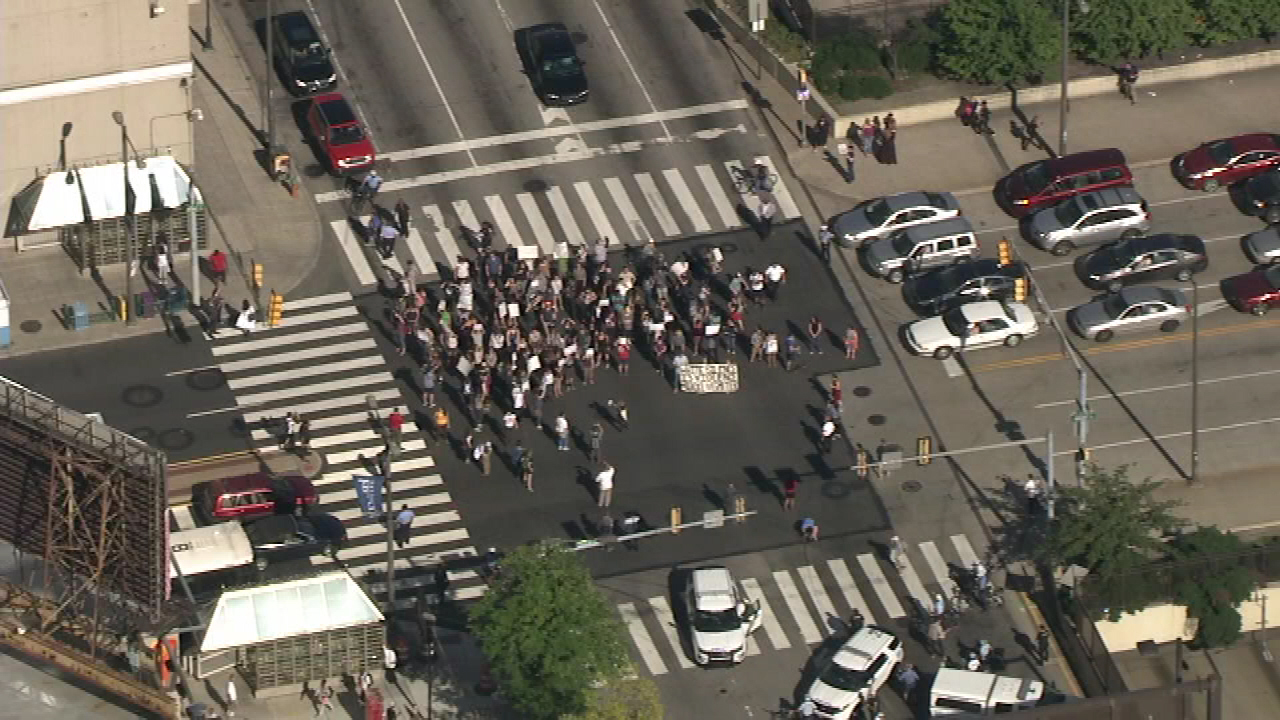 The leaders of SURJ are predominantly white.

"There have been marches every night led by black lives matter and other activists in the city," said organizer John Bergen. "And we wanted to demonstrate there are white people in this city that are also outraged, and we think it's a racist system where the police are targeting people of color."

Philadelphia Police Commissioner Richard Ross says after dealing with similar protests over the past several days he's very proud of the way his department has handled these marches.

"For them to be able to deal with some of the things they have been dealing with, some of the invectives that have been hurled their way that have been nothing short of despicable, but despite that they've been able to maintain the level of professionalism that gets us through this," Ross said.

But with the protests showing no sign of letting up, Commissioner Ross encourages protesters to contact the department prior to going out on the streets.

The main reason, he says, is to keep the picketers and the police as safe as possible.

"When you walk around for hours and hours and don't tell us where you are going it creates challenges for us. We have a duty to protect them, despite what some people believe, we are out there doing that, particularly since they are traversing the streets in the middle of traffic in many cases," Ross said.

These words were echoed by Dallas Police Chief David Brown.

"We have greater concern about the requirements it puts on law enforcement when you have spontaneous protests or even planned protests to ensure their safety, but not to be inconsiderate of the officers' safety," Brown said.

On Monday evening, protesters with the Black Lives Matter movement began to march down Cecil B. Moore Avenue in North Philadelphia.

Authorities while the SURJ demonstrators did not have a permit, the Black Lives Matters protesters did notify police.
Related topics:
trafficcenter city philadelphiaprotestphilly news
Copyright © 2020 WPVI-TV. All Rights Reserved.
RELATED 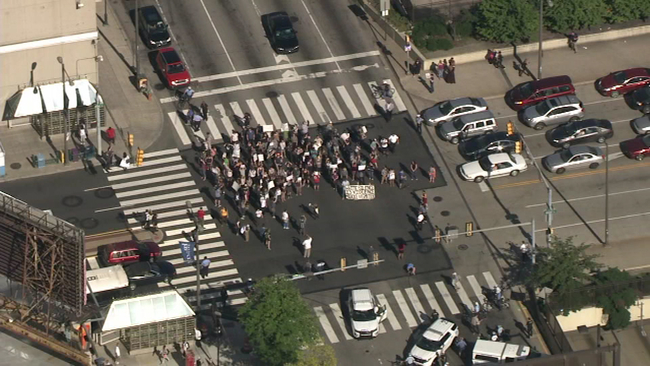