Police identify victims of fiery crash on I-76 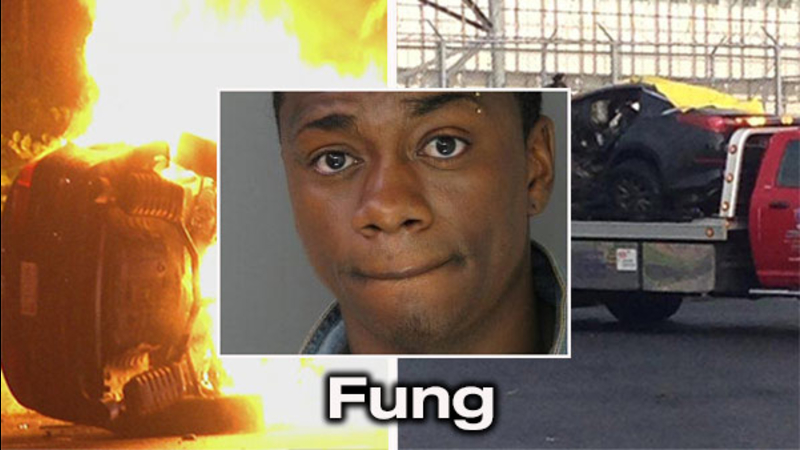 FAIRMOUNT PARK (WPVI) -- Police have identified the victims of Wednesday's fiery crash on the Schuylkill Expressway.

The front seat passenger, 25-year-old Demetrius Fung, also of Philadelphia, survived the crash and is listed in serious condition.

When police arrived on the scene at around 2:30 a.m. Wednesday, Fung was outside the burning 2014 black Kia Optima.

Investigators were working to determine whether Fung was ejected from the vehicle or pulled from it by a Good Samaritan.

Police say the Kia, which had Maryland plates, had been heading west near Montgomery Drive when the driver lost control.

The car hit the concrete median, flipped on its side then burst into flames.

Only one lane of traffic could get by in the westbound lanes of the Schuylkill Expressway as investigators gathered evidence.

The wreckage was finally cleared away more five hours after the crash.

The mangled vehicle was towed to the state police barracks in Wynnefield Heights.

The speed of the car at the time of crash remained uncertain.

Investigators were looking to see if the weather was a contributing factor.

"When you do have heavy rain, as there was last night, it begins to sheet up on the roadway," said Sivo.