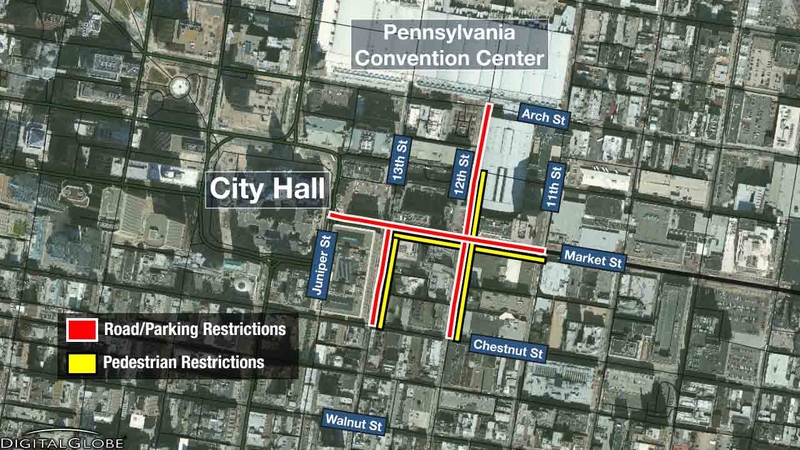 PHILADELPHIA -- The City of Philadelphia has released a list of road closures and restrictions in advance of President Donald Trump's visit to the Republican Congressional retreat on Thursday. SEPTA has also released service adjustments.

The following roads will be closed beginning at 8 a.m. Thursday and will remain closed until at least 6 p.m. Thursday:


The public should expect rolling road closures during dignitary movement on Thursday.

The following parking restrictions will go into effect at 6 a.m. Thursday:


The parking restrictions will be lifted when the roads reopen to vehicular traffic Thursday evening. 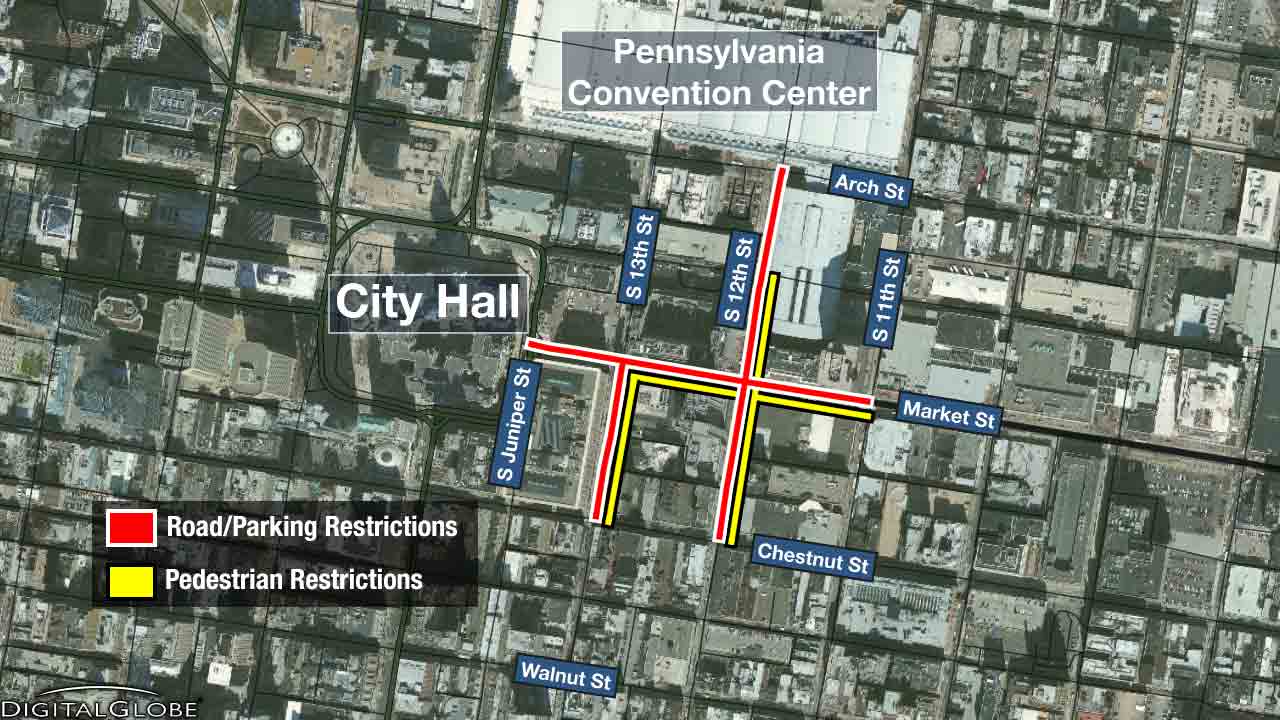 The United States Secret Service is establishing a secure perimeter that will limit pedestrian access to the following streets starting at 6 a.m. on Thursday:

The Office of Special Events has received an application for a demonstration scheduled for Thursday, 11 a.m. to 3 p.m. Anticipated attendance is 3,000 people. Other demonstrations without permits are also expected to occur throughout the day.

SEPTA will make adjustments to Market-Frankford Line and City Trolley service, and detour a number of bus routes in Center City, during Thursday's visit by President Trump and Vice President Pence to the Republican Congressional Caucus' annual meeting.

Road closures and other restrictions will be in place surrounding the event, which will be held at the Loews Hotel at 12th and Market Streets. As a result, the following changes will be in effect at the start of service on Thursday, Jan. 26: