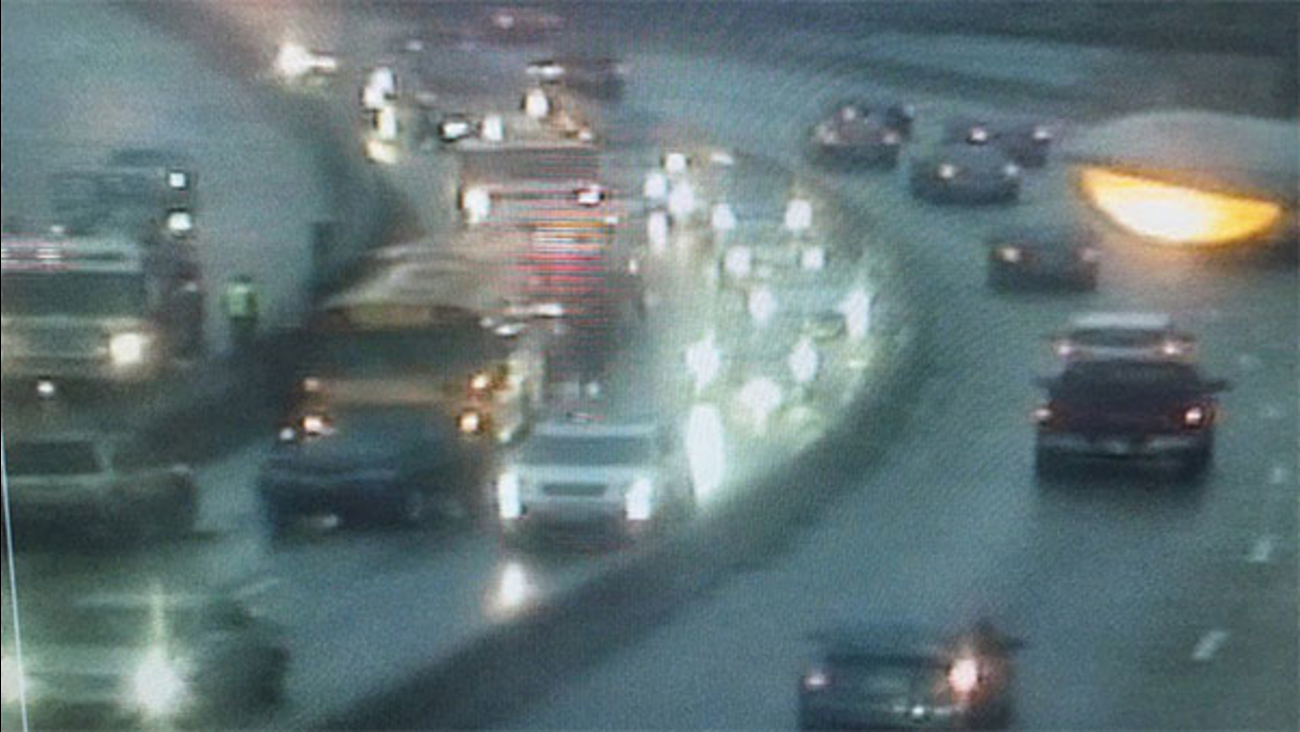 PHILADELPHIA -- A school bus was involved in an accident on the Schuylkill Expressway on Monday morning.

The crash happened around 7:30 a.m. in the eastbound lanes near the South Street exit.

One injury was reported after the crash. It's not yet known who was injured, but police say there were no children on the bus at the time.

The view from a 6abc traffic camera showed the bus stopped with at least two other vehicles stopped nearby.

One was facing the wrong direction. Police say that vehicle spun around after the crash.