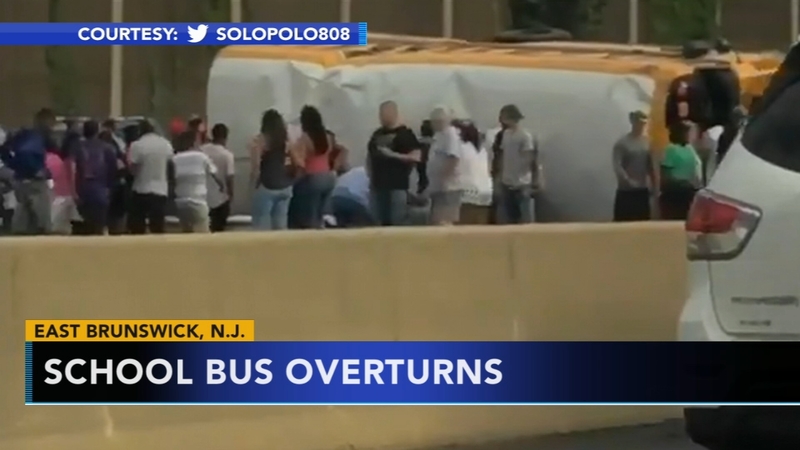 Newark Mayor Ras Baraka says the bus was returning to Newark from his annual Mayor's Family Reunion/Picnic at Black Bear Lake Country Club in Millstone when the accident happened around 5:25 p.m. Saturday in East Brunswick.

Newark spokesman Frank Baraff tells NJ.com the accident was caused by a hit and run involving a car.

City officials say there were 33 people on board. State police had about nine more.

The crash, which caused the bus to overturn, happened in the turnpike's northbound lanes.