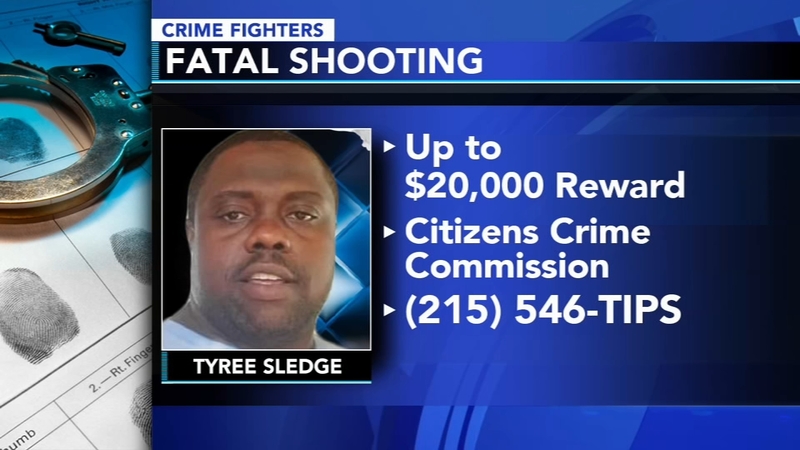 PHILADELPHIA (WPVI) -- A mother sat down to make a plea in finding her son's killer. Velma Sledge described her son, Tyree Sledge, as a sociable person.

"He knew a lot of people and he was like a people's person," she said.

"I had talked to Tyree earlier but then my mother called me back about 15 minutes later and said I need to come home now," she said.

She said that's when she got a bad feeling.

"Before I even get to the house, there's like police cars are coming out the driveway, so I seen all the police cars and that's how I knew something was wrong."

The 33-year-old was found shot on a driveway along the 5700 block of Virginian Road in Philadelphia's Logan section. He died at the hospital.

"They found his phone. The only thing missing was his gun. That's the only thing that was that they took. They ran up to him, took the gun and just left," she said.

Sledge said the missing gun may point to who shot her son.

"I think it's probably somebody that he knew because how did they know he had a gun she said.