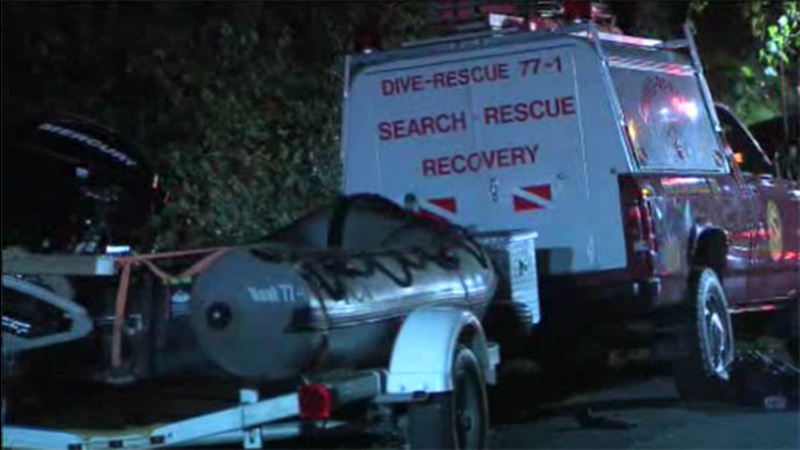 UPPER PROVIDENCE TWP., Pa. (WPVI) -- Officials have released the names of the victims killed after their car overturned into the Schuylkill Canal in Upper Providence Township, Pennsylvania.

The victims are identified as 25-year-old Lauren Ann Magargal and 29-year-old Clinton Berger.

According to the Upper Providence Police and Montgomery County Detectives, the driver of the vehicle backed the car up out of a parking area, traversed over the paved canal roadway, and onto a grass embankment causing the car to flip into the canal water.

When first responders arrived at the scene, they found the car on its roof in the water.

It was determined at the scene that the 21-year-old driver and a 25-year-old rear seat passenger were able to get out of the vehicle.

An autopsy determined the cause of Magargal and Berger's death was drowning.

The towpath is part of the County Park system. The car went into the water near historic Lock 60 on the Schuylkill Canal. It's just across the river from downtown Phoenixville.

The towpath is a multi-use trail that's open to vehicles. It is narrow and comes right up to the edge of the canal in places.The path has no street lights and was open to vehicles Monday night.

They are trying to determine if the driver was impaired.

The investigation into the incident is ongoing.