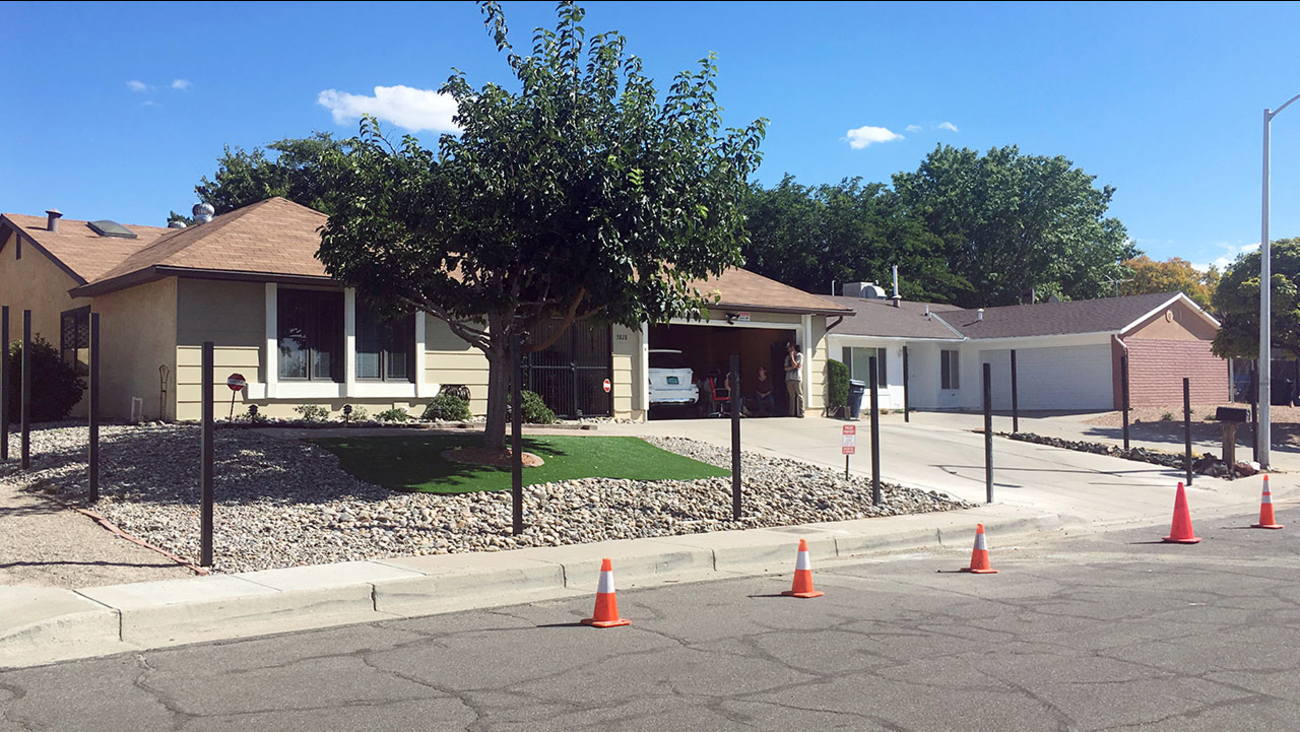 The real Albuquerque house made famous by the methamphetamine-making character Walter White in the AMC-TV hit series "Breaking Bad" is getting a fence.

ALBUQUERQUE, N.M. -- The real Albuquerque house made famous by the methamphetamine-making character Walter White in the AMC-TV hit series "Breaking Bad" is getting a fence.

The owners are installing a 6-foot (2 meter) wrought iron fence on the front of the house used in the series, starring Bryan Cranston. The move comes after the owners have complained of countless fans wanting snapshots and selfies of the house.

Joanne Quintana tells KOB-TV that she loses count of the number of weekly visitors to the house that her mother owns. She said the tourists have caused disruptions that have made them fearful to leave the property unattended.

Some tourists have even told them "to close our garage" and "get out of the picture," Quintana said.

Construction on the fence in underway, and Quintana says people have already tried to climb around the construction to snap a photo.

On Friday, a worker was seen placing poles and two women in chairs outside of the house's open garage yelled at visitors trying to take photos. One woman shouted expletives at an Associated Press reporter snapping images of the house and demanded the reporter stay away from property.

The show ended in 2013, but tourism companies in Albuquerque still embrace the drug-addled series and give "Breaking Bad" tours showcasing spots made popular in the show.

The Albuquerque Convention & Visitors Bureau created a website of the show's most popular places around town to help tourists navigate. The Walter White house is not listed. however. Still, a number of fan sites give the address and photos of the house are posted on Instagram almost every day.

A prequel to the show, "Better Call Saul," is filming its fourth season and recently shot scenes near the Albuquerque bureau of The Associated Press.