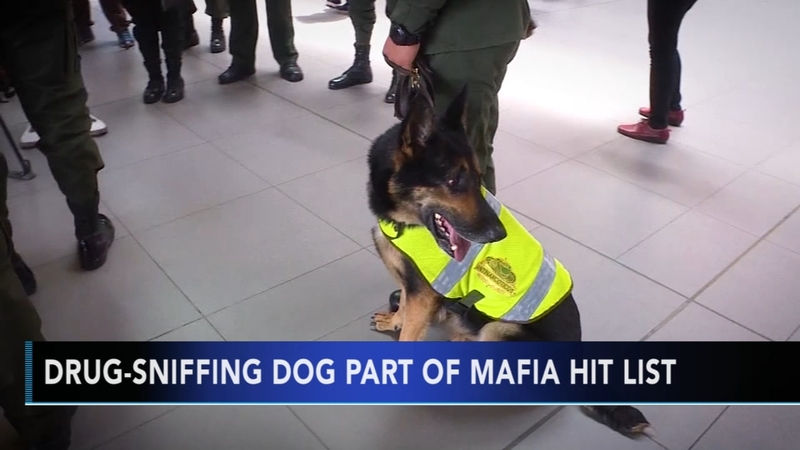 A drug-sniffing dog is in danger.

Authorities in Colombia say he was so good at busting bad guys, that he's now on the mafia's hit list.

The six-year-old German Shepherd, Sombra, has since been relocated.

Authorities say her talent for sniffing out drugs has led to the capture of at least 245 people, and the seizure of nine tons of cocaine.

Along with her usual handler, Sombra is now escorted by other officers to keep an eye on her.