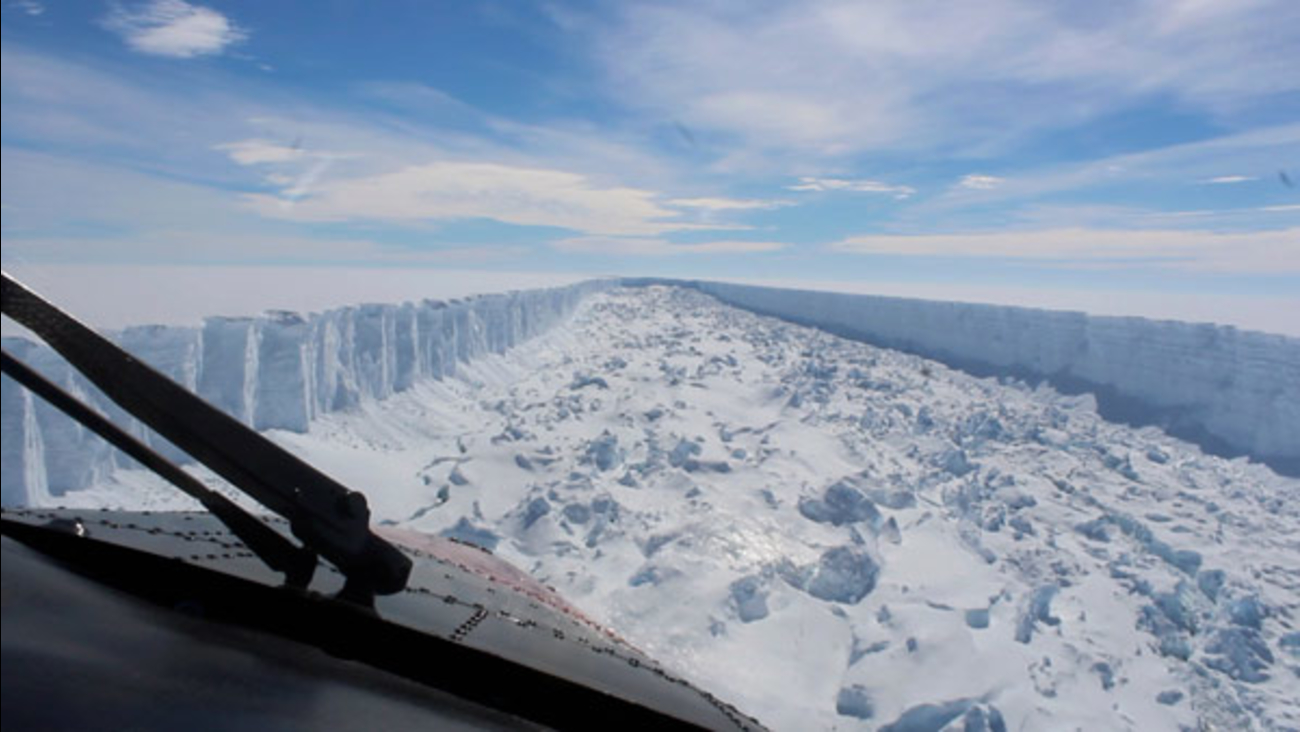 One of the biggest icebergs ever recorded, a trillion-ton behemoth more than seven times the size of New York City, has broken off of Antarctica, triggering disagreement among scientists over whether global warming is to blame.