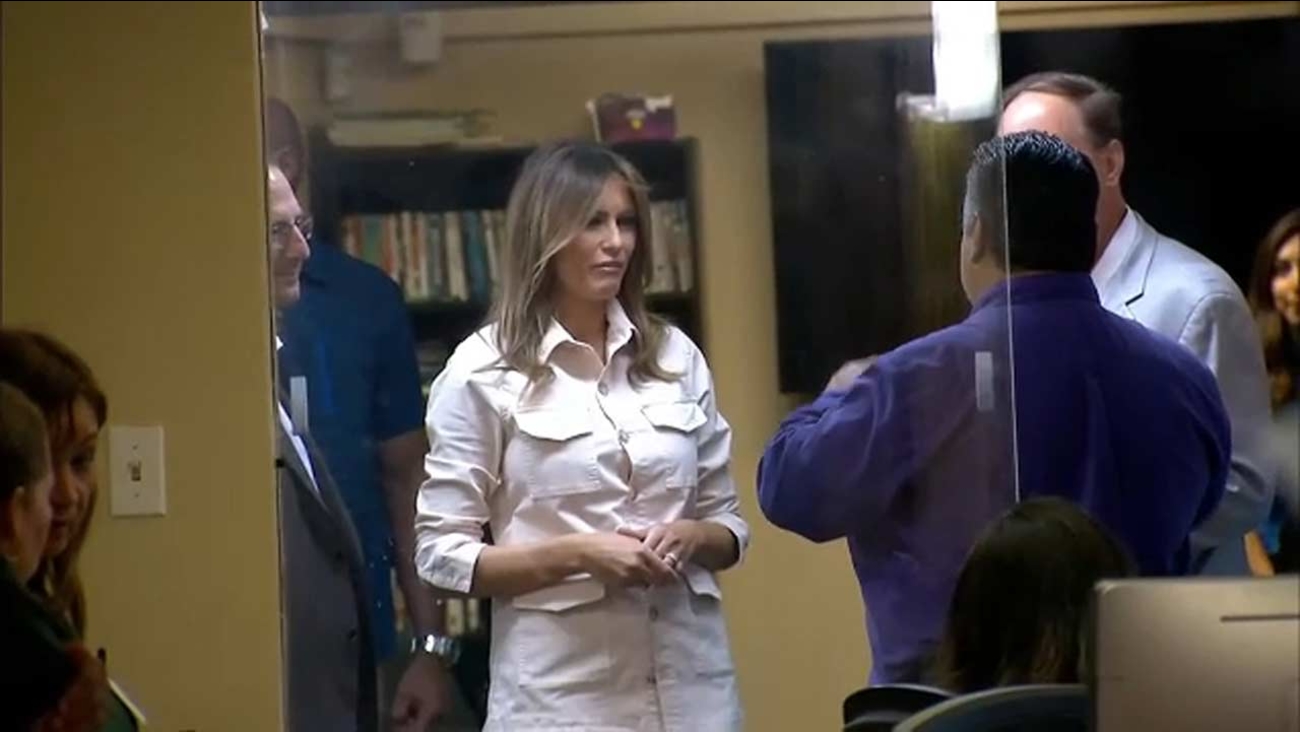 McALLEN, Texas -- Melania Trump is visiting two Texas facilities housing some of the more than 2,300 migrant children sent by the U.S. government after their families entered the country illegally.

However, his policy of criminally prosecuting illegal border-crossers remains.

Mrs. Trump, whose focus is on children, may have helped encourage her husband to act.

The first lady said earlier through her spokeswoman that she "hates" to see families separated at the border. A White House official followed up Wednesday, saying Mrs. Trump had been making her opinion known to the president that he needed to act to keep migrant families together.