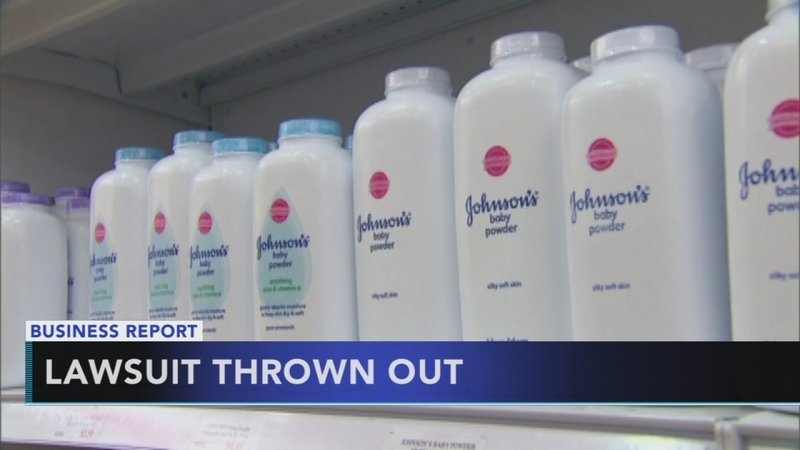 KANSAS CITY, Mo. -- A Missouri appeals court on Tuesday that vacated a $72 million award to an Alabama woman who claimed her use of Johnson & Johnson products that contained talcum contributed to her ovarian cancer has thrown the fate of awards in similar cases into doubt.

The Missouri Eastern District Court's ruled that Missouri was not the proper jurisdiction to hear a lawsuit filed by Jacqueline Fox, 62, of Birmingham, Alabama, who claimed the baby powder she used for feminine hygiene for about 25 years contributed to her cancer. She died in 2015, about four months before her case went to trial in St. Louis Circuit Court. In February 2016, a jury awarded Fox $10 million in actual damages and $62 million in punitive damages - the first award in the lawsuits against Johnson & Johnson.

The appeals court cited a Supreme Court ruling in June that placed limits on where injury lawsuits could be filed, saying state courts cannot hear claims against companies not based in the state where alleged injuries occurred. The case involved suits against Bristol-Myers Squibb over the blood-thinning medication Plavix.

More than 1,000 others have filed similar lawsuits in St. Louis against Johnson & Johnson, which is based in Brunswick, New Jersey. In four of five trials held so far, jurors awarded more than $300 million combined. Only two of the 64 cases attached to Fox's case lived in Missouri.

The company appealed all the awards against it and says its products are safe. A spokeswoman said after Tuesday's ruling that Johnson & Johnson is confident its appeals will be successful.

"In the cases involving nonresident plaintiffs who sued in the state of Missouri, we consistently argued that there was no jurisdiction and we expect the existing verdicts that we are appealing to be reversed," spokeswoman Carole Goodrich said in a statement.

Jim Onder, who is representing many plaintiffs in the lawsuits, has argued that Missouri is a proper jurisdiction because Johnson & Johnson packages and labels some products in Missouri. Onder's firm did not immediately return a call from The Associated Press Tuesday but he told The St. Louis Post Dispatch that the Supreme Court sent the Bristol case back to California state court and he is confident the Missouri Supreme Court will do the same.

Within days of the Supreme Court ruling, a mistrial was declared in a Missouri state court in another lawsuit against Johnson & Johnson that involved three plaintiffs, two from out of state. That trial has not yet been rescheduled.

Talc is a soft mineral that is widely used in personal care products to absorb moisture and for other products including paint and plastics.

Most research has established no link or a weak one between ovarian cancer and using baby powder for feminine hygiene, and most major health groups have said talc is harmless. But some smaller studies have found a small link and the International Agency for Research on Cancer classifies genital use of talc as "possibly carcinogenic."

Ovarian cancer accounts for about 22,000 of the 1.7 million new cases of cancer likely to be diagnosed in the U.S. this year. Women's risk factors for the ovarian cancer can include age, obesity, use of estrogen therapy after menopause, not having any children, certain genetic mutations and a family history of breast or ovarian cancer.