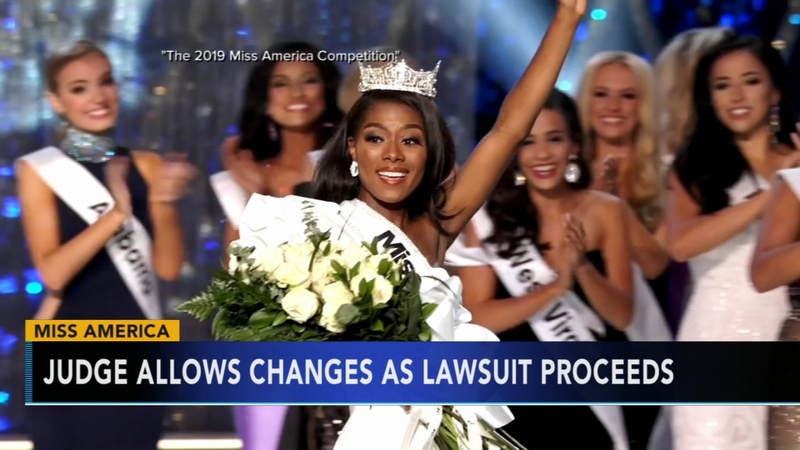 ATLANTIC CITY, N.J. -- A New Jersey judge refused to block the Miss America Organization from carrying out changes to some of its state pageant leadership groups, even as he called on both sides to try to work out their differences.

Superior Court Judge Michael Blee on Friday urged four state pageant groups that had their licenses terminated to try to reach an agreement with the parent group.

But he also determined that the state groups did not demonstrate that they have a significant chance of prevailing at a trial. That was a central reason he did not issue an order the state groups had sought preventing the parent group from replacing some of them.

The Miss America Organization called the ruling "complete and total victory," adding it has the "green light" to move forward with its management of the group.

"We are pleased that the new licensees in these states can continue their work unencumbered by these meritless legal challenges," the statement said.

Numerous state groups have been battling national Miss America leadership over the way the organization is being run.

On Friday, Blee urged both sides to try mediation before deciding whether a trial might be scheduled.

"Try to reach a possible amicable solution," the judge said after a nearly three hour hearing in Atlantic City, not far from where the pageant is held every September. "I strongly suggest you think about that."

Blee made his suggestion after denying a request from the four state organizations for an order that would have barred the Miss America Organization from terminating their licenses or soliciting new state leaders until the court case has been completed. The judge noted that his ruling was a preliminary one, and that the case would continue.

New Jersey and Florida had their licenses restored after appeals to the national group.

The lawsuit, filed last December, asserted "an illegal and bad-faith takeover" of the pageant by current national leaders.

"We're not fighting over money," said Paul Perkins, an attorney for the state groups and for Jennifer Vaden Barth, a former board member. "We're fighting for the survival of an institution."

Tim Davis, an attorney for the Miss America Organization, said the group is within its rights to license - or not license - state groups. He said many opponents cannot accept that the pageant, under Carlson and Hopper, eliminated the swimsuit competition last year.

"There's a vocal minority that is unwilling to accept change," he said. "The change that the new leadership is trying to bring about is moving it away from a competition in which a young woman is judged on her looks and physical appearance. People don't like change; that's what this is all about."

Perkins disputed characterization of the opponents as a minority, saying that 46 out of 50 state organizations eventually called for new national leadership of the Miss America Organization.