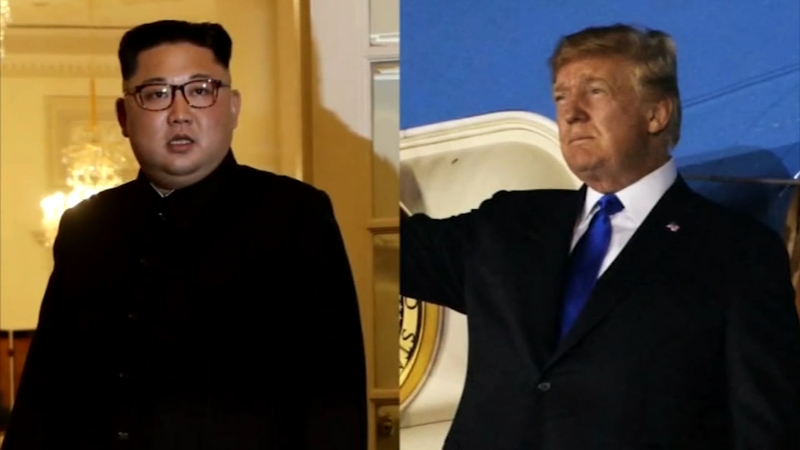 SINGAPORE -- The eyes of the world upon them, President Donald Trump and North Korean leader Kim Jong Un headed on Tuesday into their historic summit balancing the elusive promise of peace against the specter of a growing nuclear threat. Yet even before they met, Trump announced plans to leave early, raising questions about whether his aspirations for an ambitious outcome had been scaled back.

The first-ever meeting between a U.S. president and a North Korean leader will kick off at 9 a.m. Tuesday (9 p.m. EDT Monday in the U.S.) with a handshake, an image sure to be devoured from Washington to Pyongyang and beyond. Trump and Kim planned to meet one-on-one for most of an hour- joined only by translators. Then aides to each were to come in for more discussions and a working lunch.