PARIS -- The man behind a deadly knife attack in central Paris was born in Chechnya and had been on police radar for radicalism, and his parents have been detained for questioning, French authorities said Sunday.

Counterterrorism investigators are working to determine whether the man who stabbed five people in a busy neighborhood in the heart of the French capital Saturday night had any help. The attacker killed a 29-year-old man and wounded four others before being shot by police.

Witnesses reported hearing the man shouting Allahu akbar, the Arabic phrase for God is great, during the attack. The Islamic State group claimed the attacker was one of its fighters, but provided no evidence or details about his identity.

The assailant had been on a nationwide database of thousands of people suspected of links to radicalism, according to a judicial official. Extremists behind multiple attacks in France in recent years were also on radical watch lists.

The official said the assailant, born in 1997, had French nationality but was born in the largely Muslim Russian republic of Chechnya, where extremism has long simmered. The official wasn't authorized to be publicly named speaking about an ongoing investigation.

The man had no record of arrests or criminal activity, and didn't know his victims, Interior Ministry spokesman Frederic de Lanouvelle told The Associated Press.

The attacker targeted five people and then fled, according to Paris police and a witness. When police officers arrived minutes later, he threatened them and was shot dead, according to police union official Yvan Assioma.

Bar patrons and opera-goers described surprise and confusion, and being ordered to stay inside while the police operation was underway on rue Monsigny in the lively 2nd arrondissement, or district, of the French capital.

"I was working in the restaurant and suddenly I heard a woman screaming ... he came and attacked her," said Jonathan, a witness working nearby who wouldn't provide his last name. "That s when the panic started, everyone started screaming and trying to reach our restaurant. ... The attacker just kept walking around with his knife in his bloodied hands."

"Police were quickly on the scene, in less than five minutes. They encircled him and he tried to attack them with a knife but they shot him down," he told reporters.

A police official said the assailant didn't have identity documents with him during Saturday's attack but was identified thanks to DNA.

Collomb held a special security meeting Sunday to address the Paris attack, whose motive was unclear.

The Islamic State group's Aamaq news agency said the assailant carried out the attack in response to the group's calls for supporters to target members of the U.S.-led anti-IS military coalition. France's military has been active in the coalition since 2014, and IS adherents have killed more than 200 people in France in recent years.

The Russian Embassy in France said that they have asked French authorities for more information on the attacker. Some refugees fleeing wars in Chechnya in the 1990s and early 2000s settled in France, but this country has not seen a high-profile attack by Chechens in the past. Two Chechen brothers were behind the deadly bombing of the Boston Marathon in 2013.

Jeff Schaeffer and Milos Krivokapic contributed to this report. 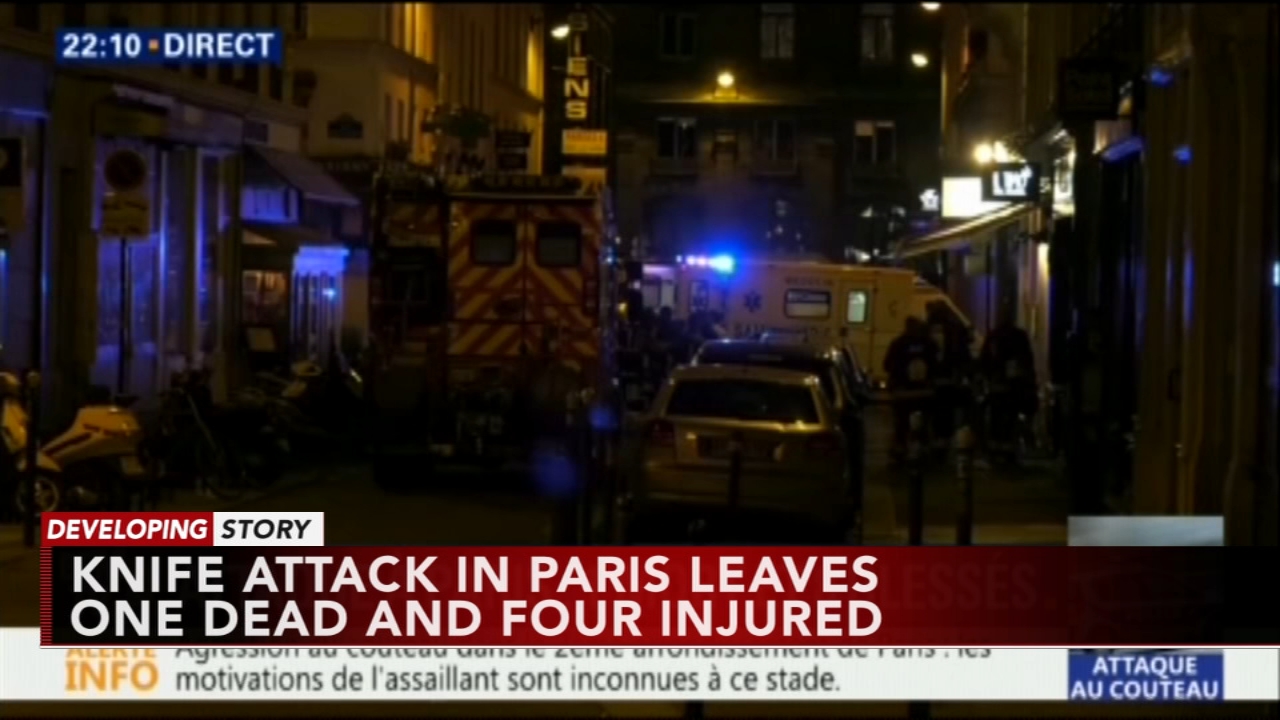 How to help those impacted by Hurricane Ian