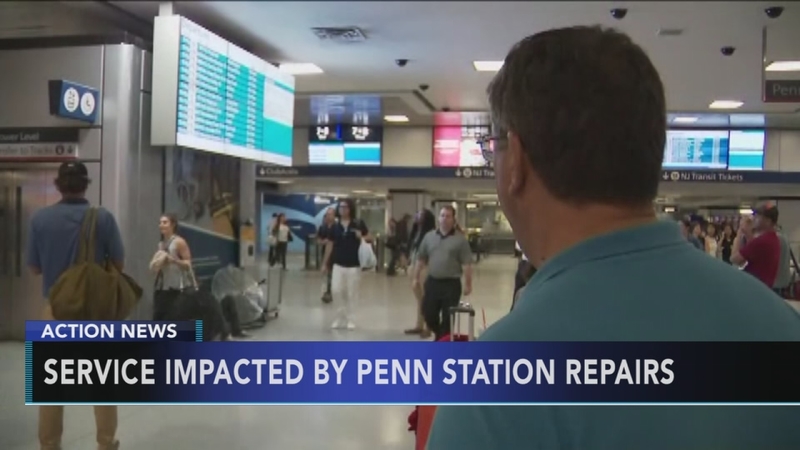 We love apocalyptic predictions, it seems, particularly when it involves people trying to get from one place to another (and preferably when we are not those people).

Which brings us to the looming "summer of hell," the phrase coined by New York Gov. Andrew Cuomo to describe the two months of track repairs at New York's Penn Station, beginning Monday, that have train riders in New Jersey and Long Island fearing the worst.

Months of planning have preceded the track work as Amtrak, New Jersey Transit and the Long Island Rail Road have sought to prepare hundreds of thousands of daily commuters for reduced service and expected delays.

Will it pay off?

"It's going to take a few days for everybody to get used to the new schedules and figure out how they're going to commute," said Janna Chernetz, policy director for the Tri-State Transportation Campaign New Jersey, an advocacy group. "People might try different things, but ultimately people are going to figure it out. They have to. There might be people who get more creative about it, but you have to get to work."

WHAT IS HAPPENING AND WHY?

Two recent derailments and other problems that caused lengthy and lasting delays up and down the Northeast Corridor this spring prompted Amtrak, which owns Penn Station, to speed up repair work that was being performed on nights and weekends and was to continue for a few more years. Primarily, the work involves replacing "several thousand feet of track," according to Amtrak executive Scot Naparstek, and replacing switches in an area where tracks crisscross and head to different platforms.

The three railroads that use the station - Amtrak, the Long Island Rail Road and New Jersey Transit - are reducing service at peak periods during the repairs, which are expected to last until the end of August.

WHO WILL BE MOST AFFECTED?

On Long Island, pretty much everyone.. The LIRR is adding extra cars to some rush-hour trains by canceling three overnight trains. Commuters are being urged to change to subway service in Jamaica, Queens, and at Atlantic Avenue in Brooklyn, near the Barclays Center arena, for the final leg into Manhattan. Both locations figure to experience overcrowding. The Metropolitan Transportation Authority, which operates the LIRR, also is adding new bus and ferry service to accommodate overflow.

In New Jersey, the brunt of the pain will be borne by New Jersey Transit riders from the west, in Morris and Essex counties. Rush-hour trains from those areas will be diverted to Hoboken, for transfer to New York Waterway ferries or the Port Authority of New York and New Jersey's PATH trains. Both NY Waterway and PATH will offer expanded service during the repairs.

WHAT WILL IT ACCOMPLISH?

If all goes according to plan, rail riders will benefit from increased reliability from having up-to-date equipment in and around the station. But that's where it ends, basically.

"I don't want to fool people that we're going to deliver 100 percent on-time performance," Naparstek said Friday. "We're not bringing a new station to Penn Station, we're not replacing all the infrastructure, but the infrastructure we touch this summer should be much more reliable than it was before the summer."

While the derailments had the most widespread effect and garnered the most attention, many of the problems behind the day-in, day-out indignities suffered by commuters will remain, such as wire problems in the station's tunnel during very hot or cold weather; train breakdowns; and track and signal problems outside the station, particularly in New Jersey between Newark and New York.