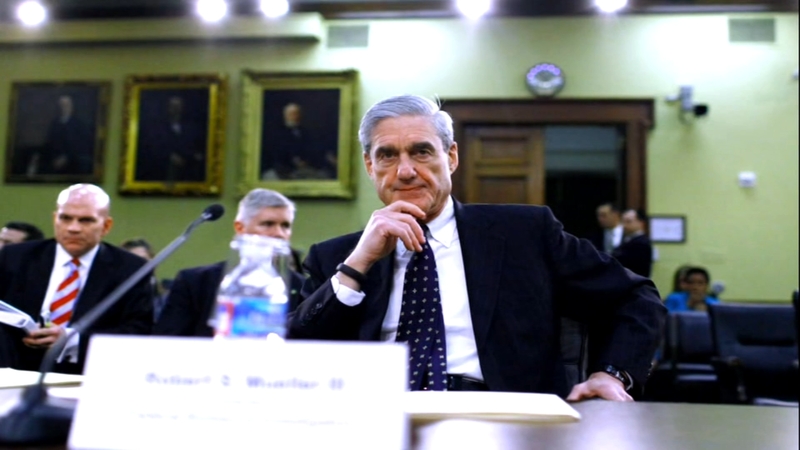 President Donald Trump in a series of tweets Sunday morning repeated his prior assertions that a federal investigation into Russian meddling in the 2016 election and potential ties to his presidential campaign is a political "witch hunt."

The president's tweets came as special counsel Robert Mueller's team has sought its first charges in the probe, with a possible announcement of an indictment to come as soon as Monday.

The president's lawyer handling the response to the Russia investigation said Trump's tweets Sunday are not related to the special counsel's activities.

"Contrary to what many have suggested, the president's comments today are unrelated to the activities of the special counsel, with whom he continues to cooperate," lawyer Ty Cobb said.

Trump tweeted that there is Republican "anger" over a failure to investigate Democrats' helping to fund research into possible links between the Trump campaign and Russia that led to an infamous dossier. Democrat Hillary Clinton's campaign and the Democratic National Committee have acknowledged that they helped to fund the dossier.

It's unclear what is the source of Trump's suggestion that Democrats paid $12 million for the dossier.

The Clinton campaign and the DNC paid law firm Perkins Coie $12.4 million during the 2016 campaign for representation, according to The New York Times. Perkins Coie hired another company for work that led to the dossier but it is unclear how much the law firm paid that company.

The president also suggested that the focus on the Russia investigations is an attempt to undercut Republicans' push for "historic tax cuts."

All of this "Russia" talk right when the Republicans are making their big push for historic Tax Cuts & Reform. Is this coincidental? NOT!

Attorneys from Mueller's office were at the federal courthouse in Washington, D.C., on Friday, including one of his senior prosecutors who specializes in fraud cases. ABC News confirmed a filing was made at the court Friday.

It's unclear at this point how significant this potential action might be.

Mueller is investigating whether there was any collusion between members of the Trump presidential campaign and Russia in connection with the 2016 election. The special counsel has also been probing the financial dealings of some key Trump associates.

Sources close to former Trump campaign chairman Paul Manafort told ABC News that they have no indication that any charges against him may be imminent.