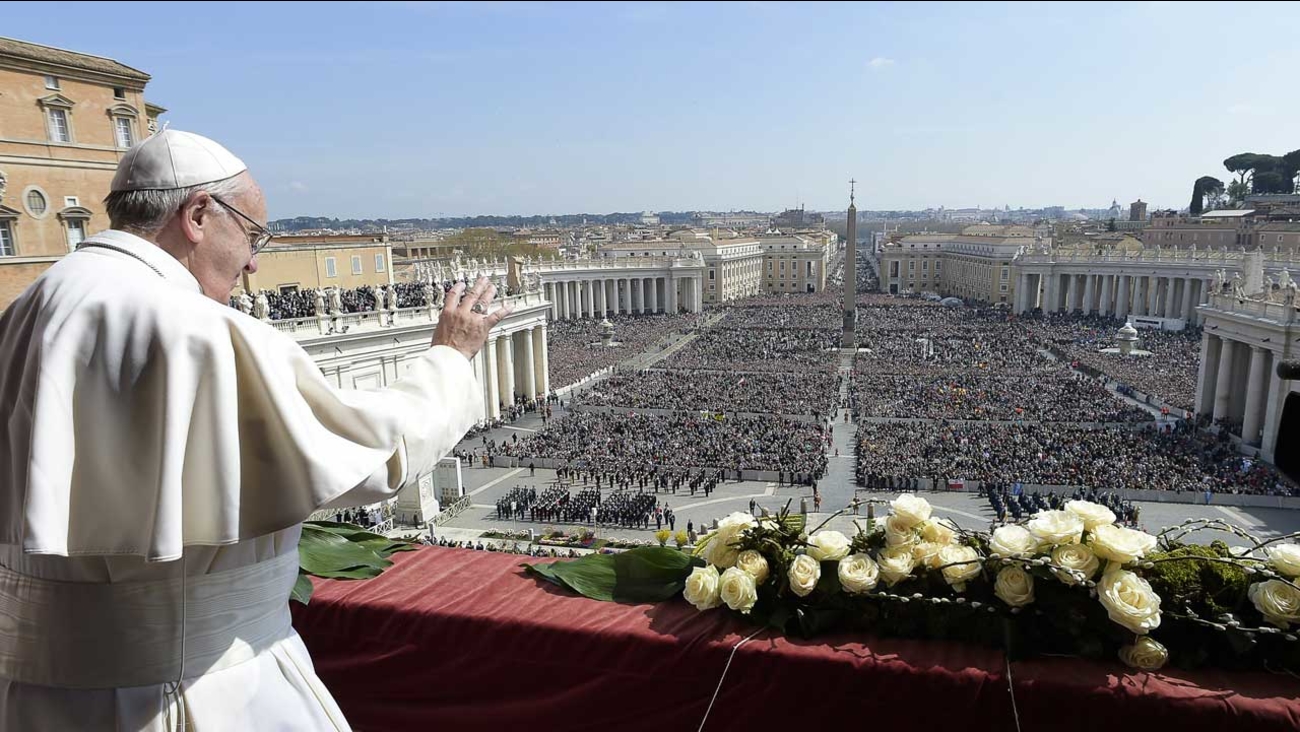 Pope Francis waves to faithful as he arrives for his weekly general audience in St. Peter's Square, at the Vatican on Sept. 30, 2015. (Maurizio Brambatti/ANSA via AP)

VATICAN CITY -- The Vatican on Wednesday categorically denied a report in an Italian newspaper that Pope Francis has a small, curable brain tumor, saying he is in good health and that his head is "absolutely perfect."

The Vatican spokesman, the Rev. Federico Lombardi, said the report Wednesday in the National Daily was "completely unfounded and seriously irresponsible and not worthy of attention."

Citing unnamed nursing sources, the National Daily said the 78-year-old pope had traveled by helicopter to the San Rossore di Barbaricina clinic near Pisa in recent months to see a Japanese brain cancer specialist, Dr. Takanori Fukishima. The newspaper said the doctor determined that the small dark spot on Francis' brain could be treated without surgery.

Lombardi categorically denied the reports to reporters Wednesday, and said he was doing so after having spoken to the pope himself about them. He said no Japanese doctor had visited the pope, no tests of the type described in the paper had been performed and that no helicopters had landed in the Vatican from the outside.

"I can confirm that the pope is in good health," Lombardi said. "If you were in the piazza this morning you would have seen that as well. And if you go on the trips with him, you know he has a small problem with his legs, but his head is absolutely perfect."

The newspaper's editor, Andrea Cangini, said it stood by its story. Subsequent versions of the report said Fukushima had traveled to the Vatican by helicopter and was seen returning to the Pisa clinic in the Vatican's chopper.

The hospital's director didn't respond immediately to a request for comment.

Cangini said the paper had deliberated a long time before publishing the news, which it said it had confirmed months ago.

The publication, however, comes at a delicate time for Francis, in the final days of his hotly contested synod on the family, which has shown a split among conservative and liberal bishops over how to convey the church's teachings on marriage, sex, homosexuality and other issues.

Several conservative bishops and cardinals have complained that the synod, which Francis called, is creating confusion and "anxiety" about the church's teachings.