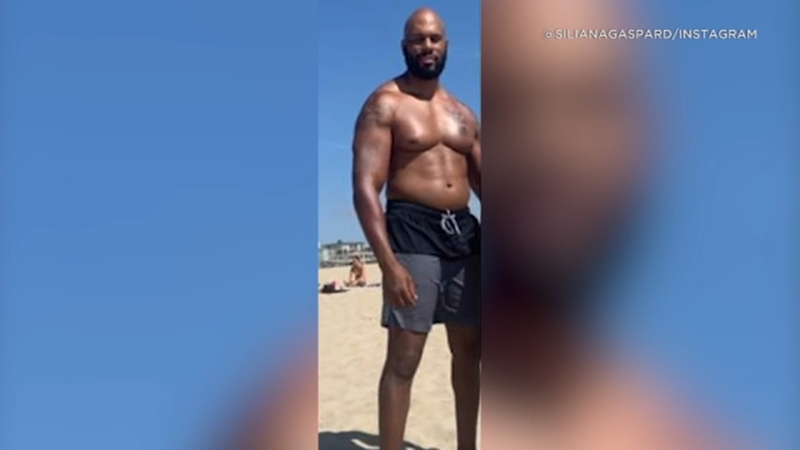 LOS ANGELES -- The U.S. Coast Guard on Tuesday announced it has suspended its search for a 39-year-old man who went missing in waters off Venice Beach, California.

In a series of Instagram posts, the missing man's wife identified him as former WWE wrestling star Shad Gaspard.

Gaspard was among several swimmers who got caught up in strong rip current Sunday, prompting Los Angeles County lifeguards to rescue a 10-year-old boy who is believed to be Gaspard's son.

A 10-year-old child was rescued from the waters off the coast of Venice Beach while the search for his father was conducted, officials said Sunday, May 17.

The boy was described as being in good shape after being pulled from the water. He was not hospitalized.

The elder Gaspard on Sunday "was last seen by a Los Angeles County lifeguard about 3:40 p.m. as he swam in the ocean about 50 yards from Venice Beach," a Los Angeles Police Department statement said. "When last seen by the lifeguard, a wave had crashed over (him) and he was swept out to sea.''

Gaspard was a star with World Wrestling Entertainment, making up one half of the tag team Cryme Time with his partner JTG.

After 16.5 hours of searching with multiple rescue assets covering 70 square nautical miles and seven search patterns, the Coast Guard has suspended its search efforts for the missing 39 YOM in the Venice Beach area. pic.twitter.com/5brRpOjvF3