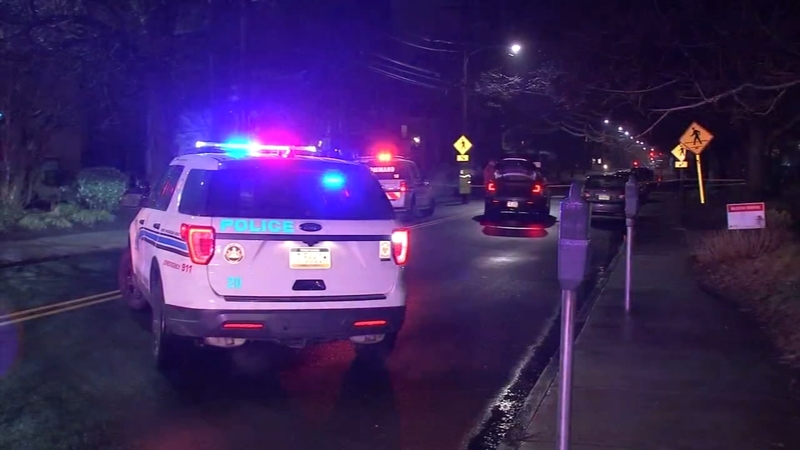 ARDMORE, Pennsylvania (WPVI) -- The driver of the vehicle that struck and killed a 51-year-old man in Lower Merion Township is in custody, officials said Friday.

Police said the driver, a 32-year-old man from Wynnewood, and his lawyer contacted authorities around 10:30 p.m. Thursday, hours after striking 51-year-old Carter Wilson of Ardmore.

They say the driver has been cooperating with the investigation.

The striking vehicle, a 2020 white Jeep Grand Cherokee, has been turned over to police.

According to the officials, Wilson was struck around 5:50 p.m. Thursday along Ardmore Avenue by School Lane.

Police said it was raining at the time of the crash.

Multiple evidence markers were placed on the road between Ardmore House Senior Living Apartments and the Ardmore Public Library.

"I'm surprised it hasn't happened before with the way people drive through here," one resident said.

David Cremer of Ardmore told Action News traffic has been a major issue in the area.

"Traffic has been picking up a lot recently since all of the new development that's been going on, with One Ardmore and proposed developments around the area," Cremer said.

Police in Lower Merion Township are investigating a hit-and-run accident that left a pedestrian dead on Thursday night.

Police said the driver struck Wilson while he was crossing at or near the crosswalk.

The striking vehicle fled the scene.

Police reviewed surveillance footage from nearby businesses while they searched for the driver.

"It appears that after the vehicle hit the pedestrian it turned into our property," according to Gilbert Carrion from the nearby senior citizen community. "Then it came out, so hopefully we can get the license plate and provide it to the police department."

Police said Wilson was taken to the hospital where he was pronounced dead.

The driver's name will not be released until the conclusion of the investigation, police said.