PHILADELPHIA (WPVI) -- The person responsible for a fatal shooting inside the Philadelphia Mills mall, that left the stepson of a DA's office detective dead, remains at large.

The victim has been identified as 21-year-old Dominic Billa. He was shot in the chest multiple times after a large fistfight by the food court. 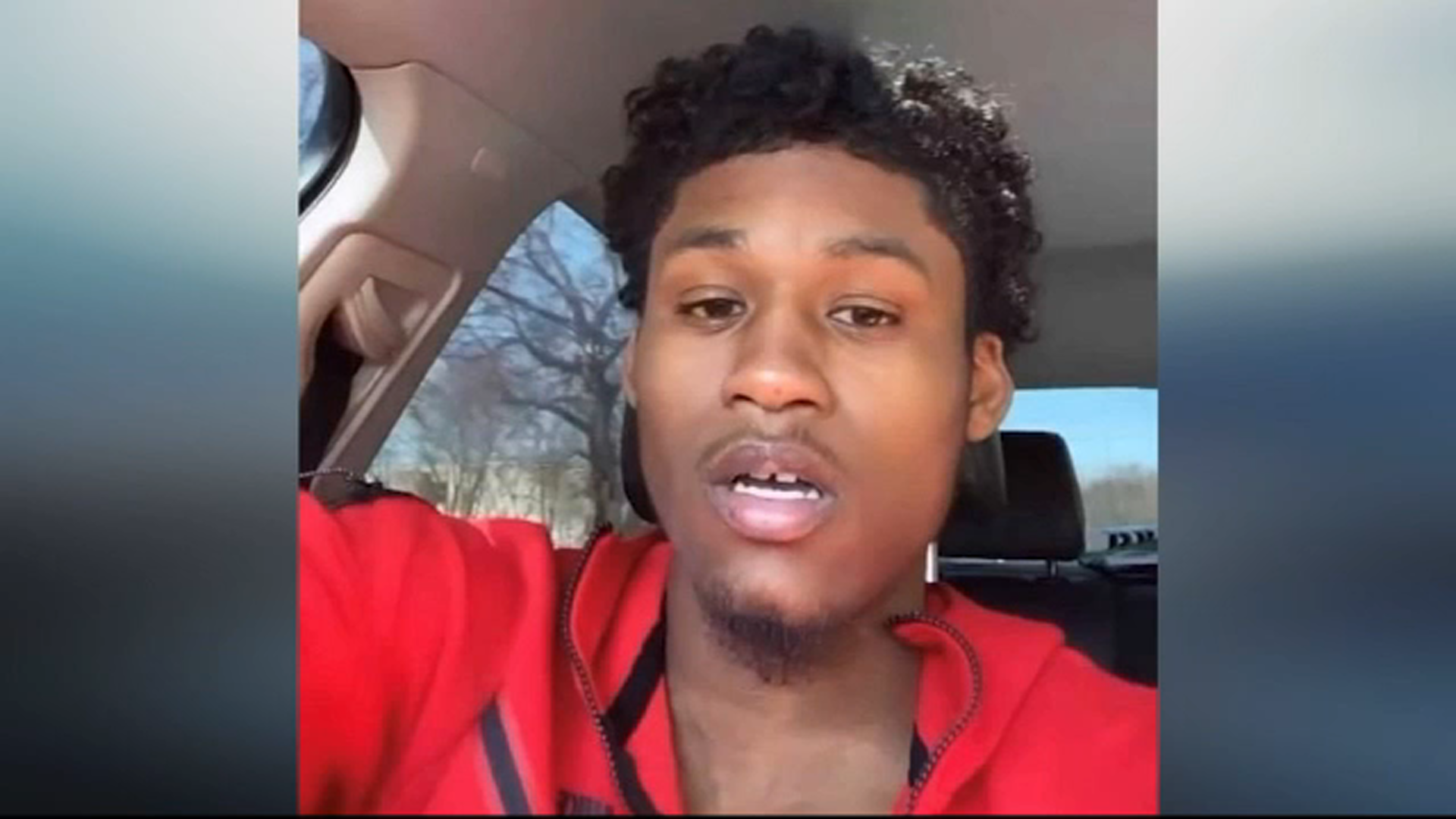 The shooting happened around 5 p.m. Monday in the 1400 block of Franklin Mills Circle near the mall's orange entrance.

Surveillance video from within the food court that was posted on social media shows a man on crutches approached by a man who was wearing a similar outfit to what Billa was seen wearing that day. Billa posted a video of himself walking into the mall prior to the shooting.

The man on crutches is pushed, and then a fight happens as the men involved move out of the frame.

Moments later, gunfire erupted and - on the same surveillance video - people can be seen running.

Action News obtained the dispatch calls that were recorded just moments after the shooting.

"Near the food court...reports of gunshots from inside...someone possibly shooting in that mall...a person with a gun," dispatch said.

Hundreds of people were in the mall when the shots were fired in the food court.

Sources tell Action News they believe a friend of the man on crutches may be the gunman.

Police sources tell Action News they do have surveillance video from a SEPTA bus boarded by people right after the shooting.

Sources say the video is crystal clear and police are actively looking to find at least one man seen on the bus who they believe was involved.

District Attorney Larry Krasner confirmed that Billa was the stepson of a detective assigned to his office's Homicide/Non-Fatal Shooting Unit.

"I extend my deepest condolences to our Detective, and to the loved ones of Mr. Billa. We are outraged over the violence that claimed the life of this young man," Krasner said in a statement.

Chopper 6 over deadly shooting at Philadelphia Mills Mall on March 29, 2021.

Given the recent mass shootings across the country, hundreds of shoppers thought this was an active shooter situation in the mall and ran for cover.

Denise Mayer and her nine-year-old son, Jaylen, say they suffered scrapes and bruises.

Denise believes her rib was cracked when they were trampled by people trying to escape.

"When we were pushed on the ground, my knee was hurting," said Mayer. "I have scrapes on my back. It was terrible. We were both screaming and crying."

Mayer and her son were eating pizza in the mall when the gunfire erupted.

"At first we thought this large balloon popped so everyone looked up ... and we heard more that's when everyone got up to scream and run," Jaylen said.

On Tuesday, City Council's Gun Prevention Task Force held their regularly scheduled meeting. Police Commissioner Outlaw highlighted that 1,500 guns have been taken off the street, but said gun convictions were down.

Police will only say that this is an ongoing investigation.

Anyone with any information on the whereabouts of the shooter is asked to call police at 215-686-TIPS.
Report a correction or typo
Related topics:
philadelphiacrimefatal shootingmallphiladelphia police
Copyright © 2021 WPVI-TV. All Rights Reserved.
More Videos
From CNN Newsource affiliates
TOP STORIES