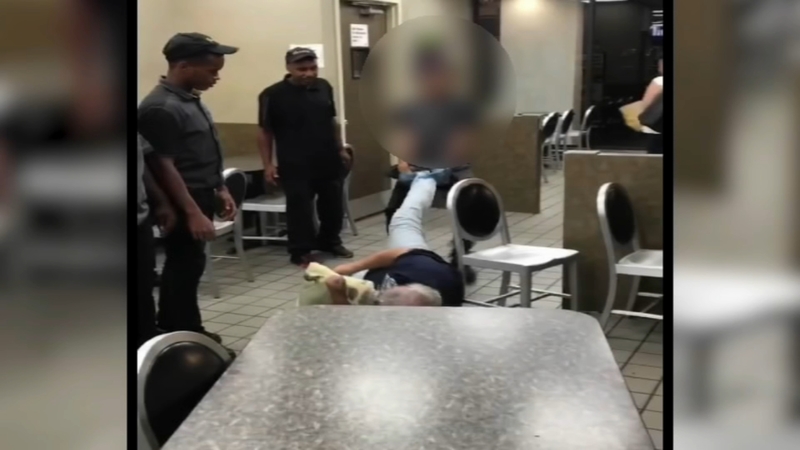 The man who took the video says it occurred at 8:30 p.m. Thursday at the McDonald's located at 1706 Walnut Street.

The man who shot the video and witnessed the incident says it appear the man being forcibly removed was in his late 60's and may be homeless.

He said when he entered the store, the man who would later be dragged across the floor was accusing workers of having taken his food.

Video shows man being dragged from Center City McDonald's. Watch the raw video of the incident on August 22, 2019.

He told them he would not leave until they returned his food.

The man with the cell phone told us he began shooting video after two McDonald's employees aggressively began removing the man.

A statement attributed to the store's owner/operator in response to the incident reads:

"We are aware of the incident that occurred yesterday at the 17th and Walnut restaurant and are currently looking into this matter. Customer safety is a top priority at all of our restaurants, and the involved employees have been temporarily suspended while we work through this ongoing investigation."
Report a correction or typo
Related topics:
center city philadelphiaphiladelphia newsmcdonald'scaught on video
Copyright © 2021 WPVI-TV. All Rights Reserved.
More Videos
From CNN Newsource affiliates
TOP STORIES