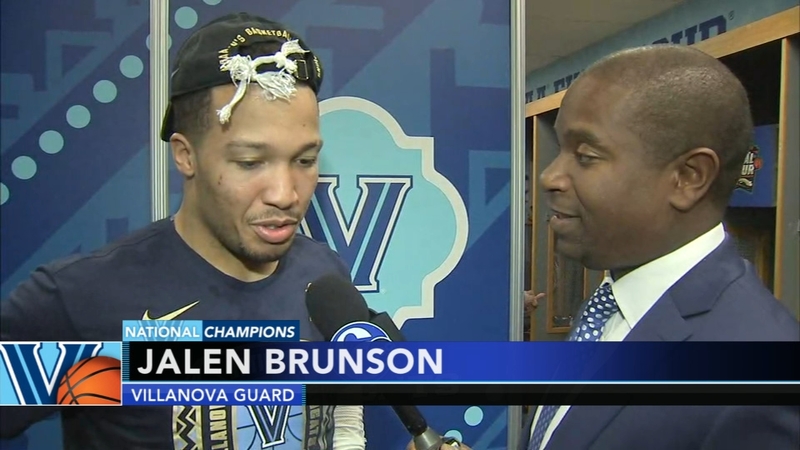 SAN ANTONIO, Tex. -- Somewhere between all those heart-stoppers and tearjerkers, all the upset-riddled brackets and things we'd never seen before, the best team in college basketball was hiding in plain sight.

How could anyone have missed Villanova?

Sparked by a 31-point night off the bench from Donte DiVincenzo, the Wildcats defeated Michigan 79-62 on Monday night to cap one of the most dominating NCAA Tournament runs ever seen.

They won all six games by double digits, joining the rare air of great teams such as Michigan State in 2000, Duke in 2001 and North Carolina in 2009.

They won both their Final Four contests by 16 or more, joining the 1968 UCLA team that was in the midst of its 10-title dynasty.

"I knew we were good, but you don't think we can win this," said Villanova's Jay Wright, who became the 14th coach in history to win multiple titles. "It's a struggle in your mind, up until three minutes to go in the game tonight."

It was over earlier than that.

DiVincenzo made it so by scoring nine straight points for his team, capping it with an NBA-range 3 that he punctuated by turning back downcourt and winking toward the TV guys on the sideline. 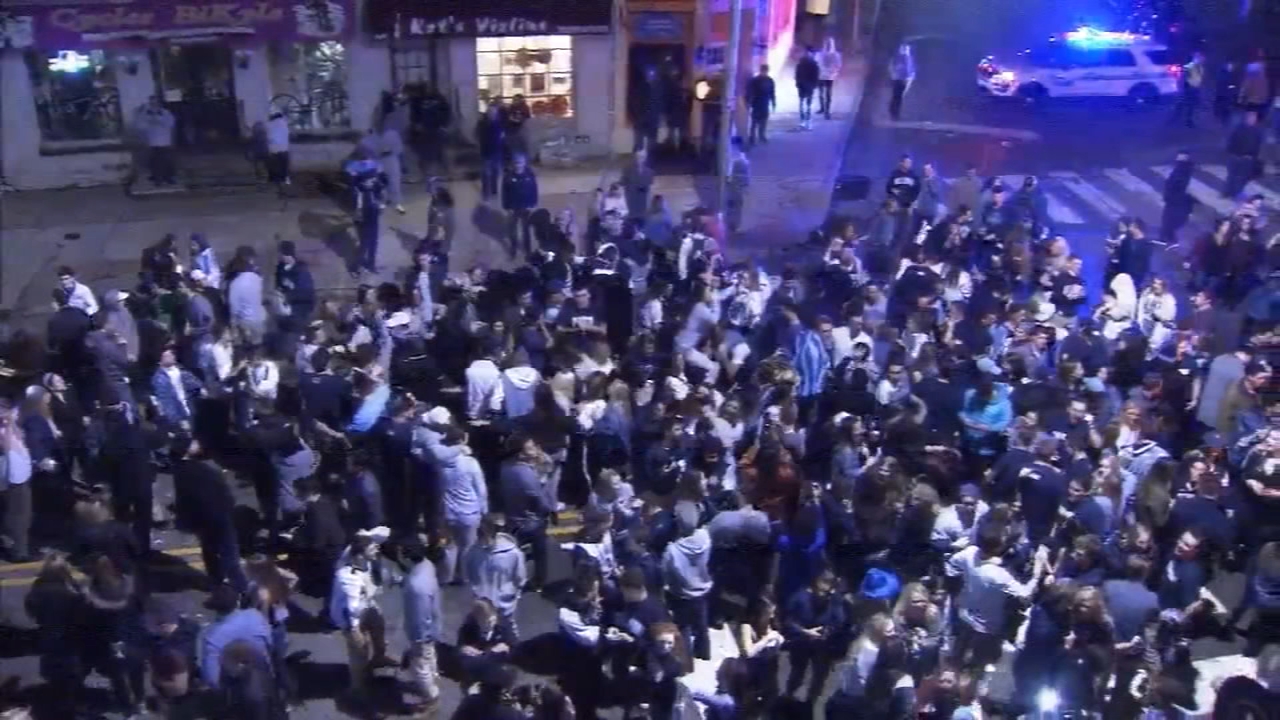 "I did not think I was going to have this kind of night," he said, "because every night I come into a game, I just try to bring energy."

This story lines that dominated this tournament were all about unpredictability and craziness - all made better by a 98-year-old nun who provided the perfect counterbalance to the win-at-all-costs culture in college basketball. Sister Jean Dolores Schmidt cheered 11th-seeded Loyola-Chicago all the way to a spot in the Final Four.

March Madness featured the first-ever 16 vs. 1 upset, a pair of No. 9 seeds in the Elite Eight and one region that didn't advance any of its top four seeds to the Sweet 16. No. 3 seed Michigan became the first team to make the title game without having to play a single team seeded in the top 5.

What a moment for @VUCoachJWright. Champions. Again. @NovaMBB @6abc pic.twitter.com/v71RlsyifU

It was madness all right - except when Villanova walked on the court.

They won with great shooting on some nights - the Final Four-record 18 3s in the semifinal against Kansas - great defense on others - holding Texas Tech to 33 percent shooting in the Elite Eight - and, in the finale, a virtuoso performance from a sixth man who, for one magical night, turned Villanova's brand of team ball into a one-man show.

They won by making an NCAA-record 464 3-pointers over the season - putting an official end to the notion that this game must be played from inside out, while perhaps sparking debate as to whether the 3-point line needs to be scooted back.

🛎 1st time EVER there has been a Super Bowl Champ & National Men’s Basketball Champ in the SAME City in the SAME Year!

Most importantly, at least in their coach's estimation, they won not by trying to become one of the best teams in history, but simply by trying to get better every game.

"I don't think these kids will even think that we dominated the tournament," Wright said. "They'll just think we played Villanova basketball."

Part of that involves a ferocious competition in the practice gym - the fruits of which have now delivered two more titles to go with the one Rollie Massimino's team won back in 1985. That one was considered a miracle. These ones were not.

That DiVincenzo badly wanted to crack this starting lineup illustrates how deep this team really is.

There are no "One-and-Dones" on this roster, but there are a handful of players we'll be watching in the NBA: Brunson, Mikal Bridges (19 points), Omari Spellman and, quite possibly, DiVincenzo one day.

His name won't show up in any box score from Villanova's run through the tournament two years ago, but he played as big a role as anyone in bringing that championship back to Philly. He ran the scout team in practice, and legend has it that DiVincenzo did a better job playing the role of Oklahoma star Buddy Hield than Hield did himself.

"Sometimes I think about whether I'm a good defender, because in practice, he makes me look bad," Bridges said.

Imagine how Michigan must have felt trying to stop DiVincenzo.

Imagine how the rest of college basketball must have felt trying to stop Villanova.