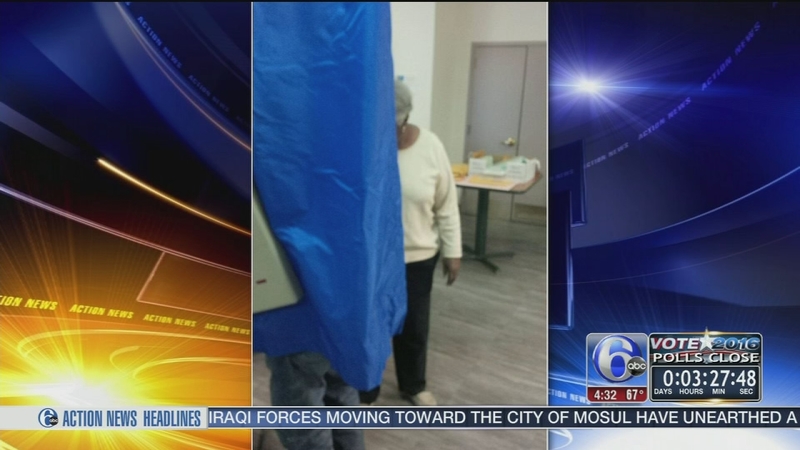 "Today I witnessed voter fraud," Brittany Foreman, a worker in the 52nd ward, says in a video posted on the Philly GOP's Twitter page.

And they allege Republican poll watchers are being bullied and thrown out.

Kerns is in elections court, trying to put a stop to what the GOP argues is illegally voting.

"I think it is breaking the law," Kerns said.

"I wonder what they are trying to hide," Kerns said.

District Attorney Seth Williams, a Democrat, says his elections task force has fielded 68 calls, none of which he says were legitimate fraud.

Williams responded to this viral video of a person following a van, allegedly busing voters to the polls.

"There is nothing illegal about taking people to vote," Williams said.

The turnout for this election he says has been higher than normal, and not a single arrest has been made, or claim has been substantiated.

"We are here to ensure that every Philadelphian that wants to do so can vote, unencumbered, unimpeded, without threat or harassment by anyone," Williams said.

The DA says they have received about ten calls of machine malfunctions and no calls of people who are voting who are not residents.

He says there is not a single reason the results of today's election should be called into question.
Related topics:
politicsphilly newspoliticsfraud
Copyright © 2022 WPVI-TV. All Rights Reserved.
TOP STORIES
AccuWeather: Severe Thunderstorms This Evening
Teen, officer and driver injured after police chase ends in crash
'American Idol' finalists gear up for last performances in finale
Texas woman sought in fatal shooting of pro cyclist: US Marshals
Something strange is happening with our universe: NASA
3 women wanted in assault, robbery on SEPTA train: Police
78,000 pounds of infant formula arrives in US
Show More
12 shot and 4 dead after string of shootings in Philadelphia
Fate of 2,500 Ukrainian POWs from steel plant stirs concern
Pennsylvania's Fetterman released from hospital after stroke
Some peanut butter recalled for potential salmonella
Biden pushes economic, security aims as he ends South Korea visit
More TOP STORIES News