Walmart to limit sales of guns, ammunition in wake of 'horrific' shootings 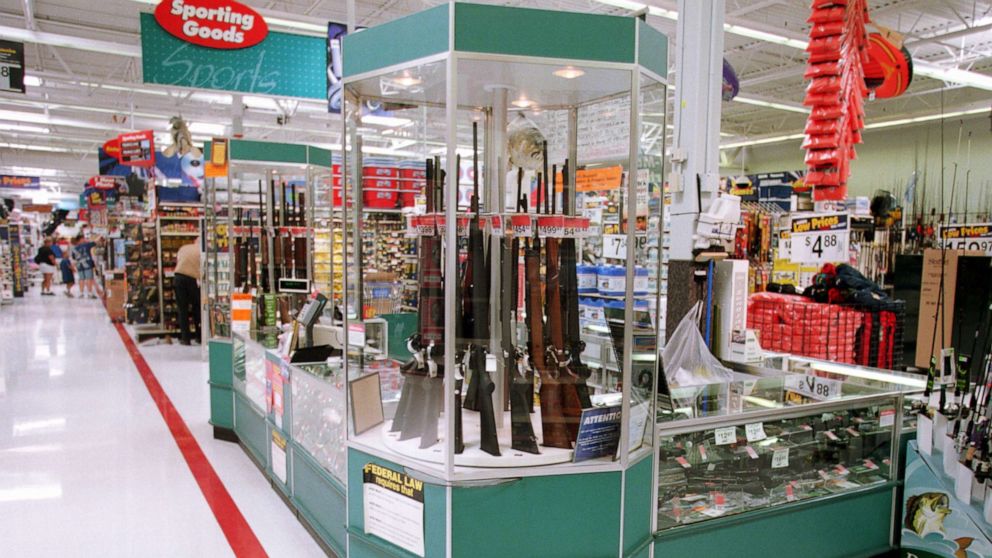 Walmart has decided to limit the sales of guns and ammunition following two deadly shootings that occurred at its stores within a week of each other.

CEO Doug McMillon announced in a company memo Tuesday that Walmart will discontinue sales of some types of rifle ammunition, which are commonly used in some hunting rifles but can be used with military-style weapons.

In addition, the store will "sell through" and discontinue handgun ammunition as well as sales of handguns in Alaska, "marking our complete exit from handguns."

The actions will reduce the chain's total U.S. market share of ammunition from 20%, to between 6% and 9%, McMillon wrote.

Walmart faced pressure to stop selling firearms following a string of deadly shootings that occurred between July 30 and Aug. 4.

McMillon cited the two "horrific" shootings -- one in Southaven, Mississippi, on July 30 and another in El Paso, Texas, on Aug. 3 -- that killed a total of 24 people, as well as the shootings that followed in Dayton, Ohio, and Odessa, Texas, as the basis for the decision.

In the aftermath of the shootings, Walmart's "immediate priorities" included supporting associates and their families, and cooperating with law enforcement, but the company also reevaluated its policies on store safety and security as well, McMillon wrote.

"We've also been listening to a lot of people inside and outside our company as we think about the role we can play in helping to make the country safer," the memo read. "It's clear to us that the status quo is unacceptable."

McMillon acknowledged that the decisions "will inconvenience some of our customers" but hopes "they will understand." The "remaining assortment" of firearms will focus on the needs of hunting and sport shooting enthusiasts, he wrote.

"It will include long barrel deer rifles and shotguns, much of the ammunition they require, as well as hunting and sporting accessories and apparel," the memo states, describing the company as having a "long heritage" of "serving responsible hunters and sportsmen and women."

In 2015, Walmart announced that it would stop selling AR-15 and other semi-automatic rifles, and in February 2018, following the shooting at Marjory Stoneman Douglas High School in Parkland, Florida, where 17 students and staff members were killed, Walmart was among multiple chains that announced it would raise the minimum age to purchase firearms to 21.

In addition, Walmart requires background checks to purchase a gun and has stopped selling toys that look like assault rifles -- including airsoft guns.

Walmart is also encouraging politicians to "move forward and strengthen background checks to remove weapons from those who have been determined to pose an imminent danger."

Regarding safety and security inside stores, the company is "respectfully requesting" that customers in open carry states no longer openly carry firearms in stores or Sam's Clubs, which is owned and operated by Walmart Inc.

"We believe the opportunity for someone to misinterpret a situation, even in open carry states, could lead to tragic results," the memo states. "We hope that everyone will understand the circumstances that led to this new policy and will respect the concerns of their fellow shoppers and our associates."

Walmart will not be making a policy change as it pertains to concealed carry by customers with permits, McMillon wrote.