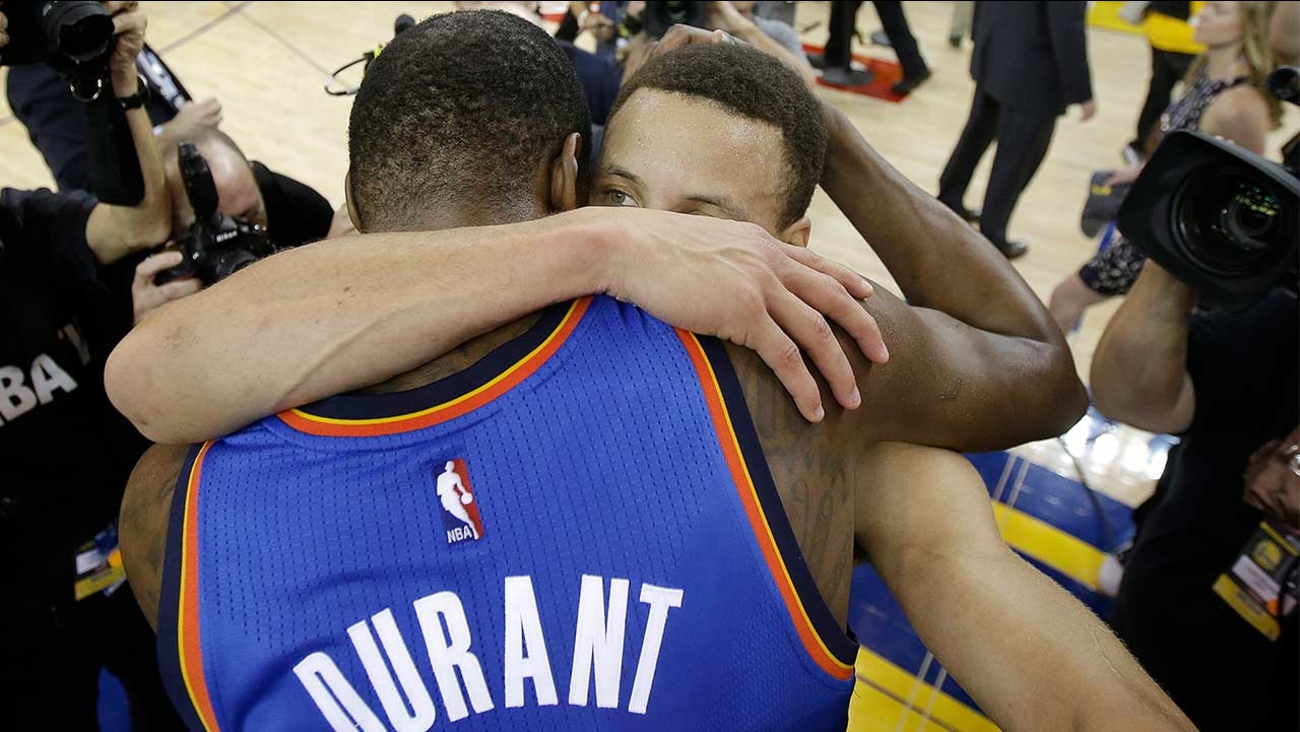 This article originally appeared on FiveThirtyEight and is reprinted with permission.

Kevin Durant announced Monday that he was leaving the "comfort zone" of Oklahoma City and joining the team with the best record in the NBA: the 73-win Golden State Warriors.

Durant is expected to sign a two-year, $54.3 million contract with an opt-out after the first year, making him the highest-paid player in the league. Technically, this still hinges on the Warriors clearing some space to fit him within their salary cap, but for our purposes let's assume the other 29 NBA teams don't pull off the mass collusion necessary to block it. He could have signed for five years and $153 million in Oklahoma City, or four years and $114 million in Golden State, but the 1+1 deal makes him eligible for a much bigger contract after next season ($163 million to 177 million in total over the five-year period, according to ESPN Stats & Info's estimate) because Durant reaches a milestone for service time after next season. Stars like Durant will probably never be paid what they're truly worth, but this structure goes part of the way to covering the difference.

FiveThirtyEight's CARMELO player projections expect Durant's play to fall off just the slightest bit - it's actually dropped his "category" from "MVP Candidate" to "All-Star." At age 28 next season, Durant will be at the age where some players begin a gradual decline, and CARMELO is still worried about his 2014-15 campaign, when he missed most of the season due to injury.

Still, he still projects to have the seventh-most Wins Above Replacement in the league over the next five seasons, with 40.0 WAR. Over those same five years, Harrison Barnes - the guy whose job Durant is taking - projects to produce just 13.1 WAR. (Andrew Bogut, who will likely be traded to make room for Durant, comes out to 12.5 WAR over that stretch.)

Just how good might the Warriors be with Durant on the roster?

As we've seen with Kevin Love over the past two seasons, not all stats are portable from team to team, but Durant's numbers come with the certainty of having been stress-tested in deep playoff runs, whereas Love had never played in the postseason before arriving in Cleveland. Intuitively, it might seem as though you take a 73-win team, add another superstar to it, and wind up with a win total in the stratosphere, somewhere in the mid-to-high 70s.

In practice, however, it might be hard for the Warriors to equal their 73-win benchmark from last season, even with Durant on the team.

One reason is simple reversion to the mean. Of the 10 previous teams to win at least 67 games during the regular season, all but one saw their win total decline in the following season, falling to an average of 60.5 wins from 68.1 the previous season. The Warriors already showed some signs of mean-reversion in the playoffs, with a season-ending Elo rating of 1756, a championship-worthy but not all-time-great figure.

Another question is diminishing returns. How much value can a high-usage player like Durant realistically add to what was already perhaps the most efficient offense in NBA history? The Miami Heat made four straight NBA Finals during the LeBron Big Three era, but imperfect offensive fits between the stars and a necessarily thin bench kept regular-season win totals far lower than most expected.

Finally, there's the issue of depth. If, as anticipated, Andrew Bogut is traded, and Harrison Barnes and Festus Ezeli are let go, the Warriors will have only six players with a material amount* of NBA experience signed to a contract: Durant, Steph Curry, Klay Thompson, Draymond Green, Andre Iguodala and Shaun Livingston.

If we use CARMELO to project the Warriors on the basis of these six players only (see here for details on the methodology), assuming they'll fill the rest of their minutes with replacement-level players, we wind up with a projected record of 66-16. That would be one of the better records in NBA history, but nonetheless a seven-win decline from last year. 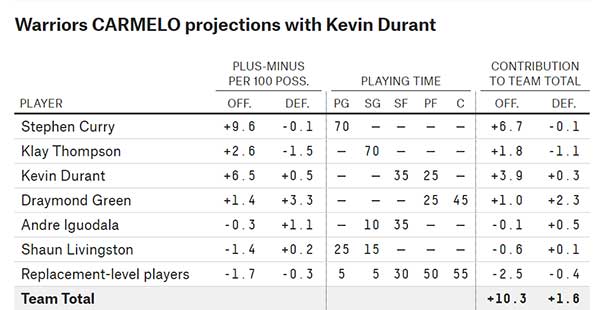 And the real impact could be in the playoffs, where the Warriors will benefit from stealing Durant from the Thunder, one of their foremost conference rivals. And the Durant announcement came on the same day it was reported that the San Antonio Spurs' Tim Duncan was "leaning strongly" toward retirement.

That's all for another day, though. For now, it doesn't have to be that deep. Here's Barnes's shot chart this past season season, via StatMuse: 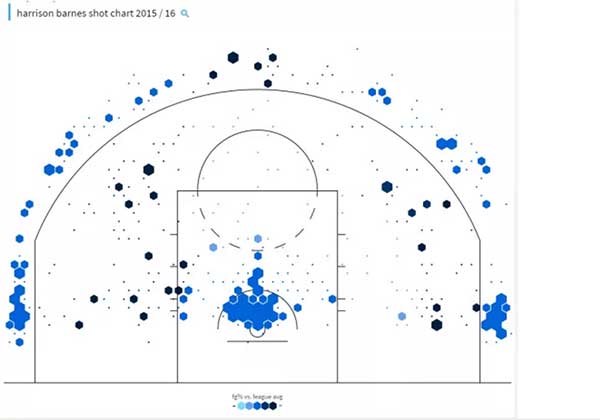 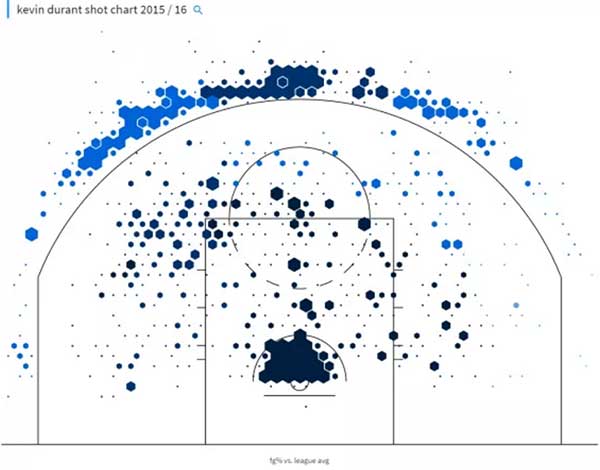 CORRECTION (July 4, 6:15 p.m.): An earlier version of this article erroneously referred to Jason Thompson as being under contract with the Warriors. Thompson was waived by the team in February.