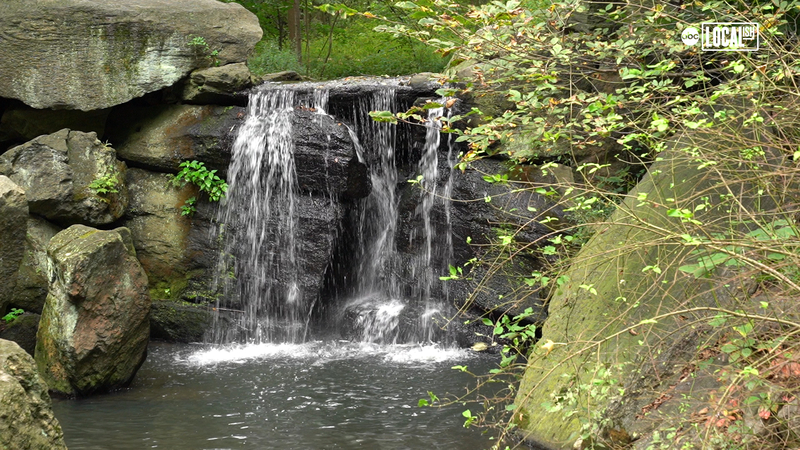 At the entrance of Central Park West between 101st Street and 106th Street in the North Woods, you'll find water flowing from the grassy banks of the Pool and through the ravine of the Loch in the center, before connecting to the Meer on the East Side.

The man-made stream called the Loch contains several dams, which have created three magnificent cascades or waterfalls that have gone surprisingly unnoticed for years now.

"It's not an area of the park that is as visited as others," Central Park Conservancy guide Juan Jesus said. "And they are kind of hidden in the sense that they are shrouded or like hidden by this canopy of trees that we have all around us."

There are several components to the waterfalls that have made it some of the greatest features of engineering and art.

"The big boulders of Manhattan make a schist, which happens to be the foundation that we have on the island of Manhattan," Jesus said. "There's also elements like coconut husk fibers that are used to maintain the edges of the Loch -- of this continuous stream -- and regular New York City tap water."

The waterfalls provide an escape from the noises of police sirens and car honking for visitors, replacing it with the soothing sounds of birds chirping and flowing water.

"What the waterfall does it allows you to enjoy the beauty of the people and the city around you," one Central Park visitor said. "And it kind of drowns out all that madness that's always going on around you."

Jesus believes the space echoes what hikers would encounter north of New York City, like the Adirondack or Catskill Mountains.

"This was built, done for people who could've potentially not have had the possibility to venture out of the city," he said.

Another tourist from Arizona said she loves how the waterfalls break up some of the park.

"I've seen a lot of green, a lot of trees, which from Arizona this is already a treat," she said. "But then seeing this water in the waterfall is just beautiful."