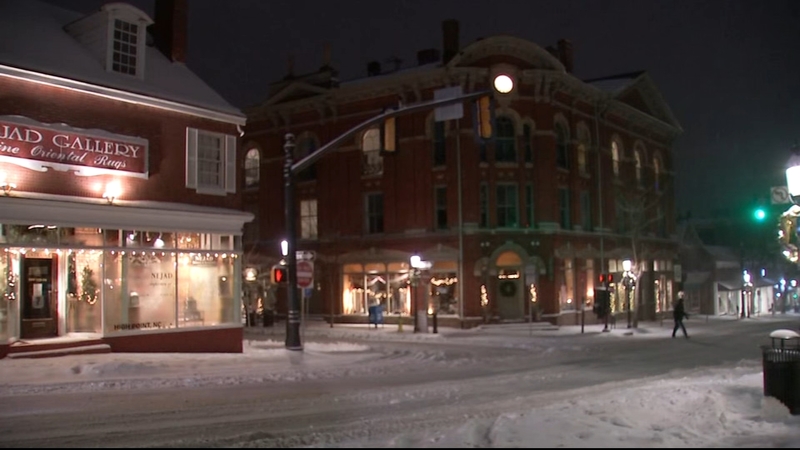 DOYLESTOWN, Pennsylvania (WPVI) -- Bucks County officials are asking residents to give them time to clear the roads after several inches of snow fell Wednesday night. We found plenty of people working out in the snow and enjoying it.

"About 10 mins ago there were some cars stuck on the road down here because they don't have four-wheel drive," said Mike Donatelli of Jamison, Pa.

Bob Forster with the Bucks County Emergency Operations Center said as of 6:00 p.m. there had been about 50 motor vehicle accidents, most of them minor.

A major snowstorm rolled into the Northeast on Wednesday, bringing heavy snow to parts of southeastern Pennsylvania and a wintry mix and rain the closer you traveled to the shore.

But it wasn't all slush and spinning tires. Peter Huber and his 5-year-old son, Vincent, took a walk in the snow.

"I love it! I'm pro snow," said Huber.
They played next to the Christmas tree at State and Main streets in Doylestown and threw a few snowballs.


Meanwhile, workers were out snow blowing, salting and shoveling, and plow crews were doing their best to keep the roads clear.

Doylestown Borough officials say the job will go into Thursday and asked residents to move their cars from emergency routes so crews can work. Drivers can park in the Bucks County parking garage in Doylestown for free.

"We just hope our residents heed the warning and take their cars and put them in the garage," said Doylestown Borough Councilmember Joe Frederick.

Bucks County officials were also concerned about power outages due to the heavy snow and winds. They also encouraged people to take their time while shoveling the heavy snow.