WPVI
DOVER, Del. (WPVI) -- A rare earthquake jolted the Philadelphia region on Thursday, but there have been no reports of damage or injuries.

The U.S. Geological Survey says the 4.1 magnitude quake struck just after 4:45 p.m., and was centered about 6 miles (10 kilometers) east-northeast of Dover, Delaware.

Watch video from WavLab Studios as a magnitude 4.1 earthquake centered in Delaware rattles a surveillance camera - and lots of nerves.

The dramatic shaking motion was captured by a surveillance camera owned by WavLab Studios.

People from as far away as Washington and New York City reported that they felt the movement.

Sgt. Rene Carberry, a spokeswoman at Dover Air Force Base, told the Associated Press that people on the military installation felt it; some went outside to see if something had fallen down.

Carberry, who is from the West Coast, said she told co-workers, "I'm pretty sure this is an earthquake."

She said there were no signs of damage at the base, and no change was expected in its operations.

The Philadelphia Office of Emergency Management said no damage was reported in the city.

Action News had reports from many viewers who felt the quake.

"I'm sitting here talking with my wife and all of a sudden everything in the house goes swaying to one side," said Ivan Cohen of South Philadelphia. "I thought the house was falling."

My daughter did In Bedminster PA. Upper Bucks County. She was sitting in her bed doing homework!

Was sitting in my living room when suddenly my house shook n windows and walls trembling...#earthquake @6abc #6abc

As the quake jolted downtown Dover, lawmakers and workers in the statehouse went outdoors to see what happened, the Associated Press reports.

One expert told Action News that while earthquakes here are uncommon, they are always possible.

"They are somewhat random events here on the East Coast because we're not near some of the more active plate boundaries where we tend to find earthquakes. But... the Earth is always under constant stress and after so many years, decades or millennia that pressure builds up and has to be released, and it's usually in the form of an earthquake," said Delaware State Geologist David Wunsch.

As for aftershocks, Wunsch said while they are usually associated with larger quakes, it's possible to have some small quakes, though possibly too small for anyone to feel.

It was back in August, 2011 when our area felt the impact of a 5.8 magnitude earthquake centered in Virginia.

If you felt the earthquake or have photos or videos of damage, email JoinTheAction@6abc.com, use the hashtag #6abcAction on social media, or post to our Action News Facebook page. 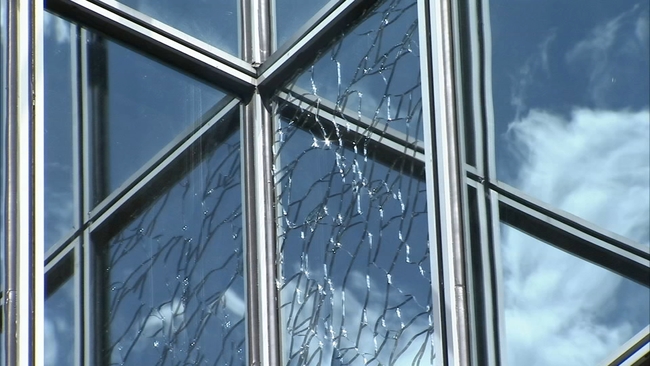