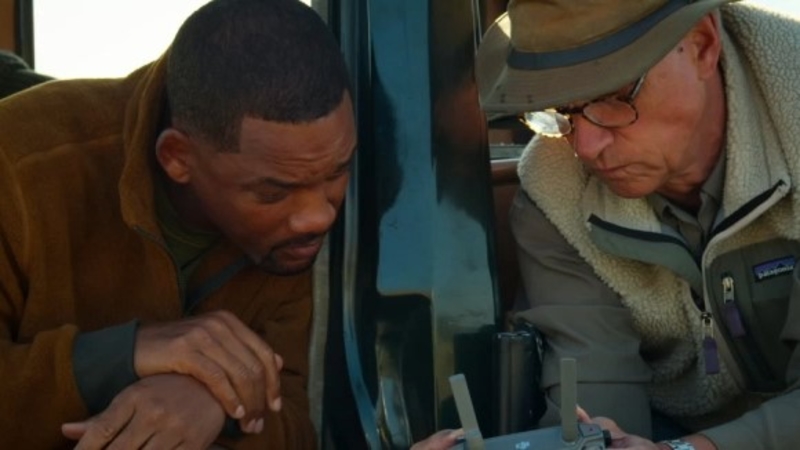 Will Smith explores the world on new series 'Welcome to Earth'

In the new Disney+ series "Welcome to Earth," Will Smith goes on adventures around the world to encounter natural phenomena.

The show takes its title from the actor's family line in the 1996 movie "Independence Day," but the show pairs him with real-life explorers.

He calls the opportunity tp travel to the ends of the earth -- and maybe further -- "the deepest and greatest pleasure" of his life.

Smith is surely one of the brightest stars in the Hollywood galaxy, but 3,200 feet under the sea, he is merely a tourist -- and we share his sense of wonder at this secret world.

"Any time you're diving into the deep sea, it is an exhilarating and equally nerve wracking experience," marine biologist Dr. Diva Amon said.

She served as the star's escort to the deep.

"You're going to a part of the planet where if something goes wrong, no one's really coming to help you," she said.

The dangers are obvious to us as we watch, but the team for the dive had years of experience, and Smith kept a level head.

"I mean at first, as you'll see on the episode, he was pretty fearful and pretty honest about that fear," Dr. Amon said. "But it was wonderful to work through that experience with him and really help him overcome that fear."

Polar explorer Dwayne Fields met the actor in Iceland for an epic journey on a glacier.

"It goes to show that no matter how experienced, how much money, how much fame you have, there is still so much this world has to offer you," Fields said.

Sandy Kenyon discusses "The Hot Zone: Anthrax" a film that tells the story of the investigation of the anthrax letters sent to various elected officials and members of the media in

The Disney+ series produced by National Geographic has a large purpose beyond simple entertainment.

Smith told "Good Morning America" that he hopes to go on these adventures forever, and his enthusiasm is contagious,