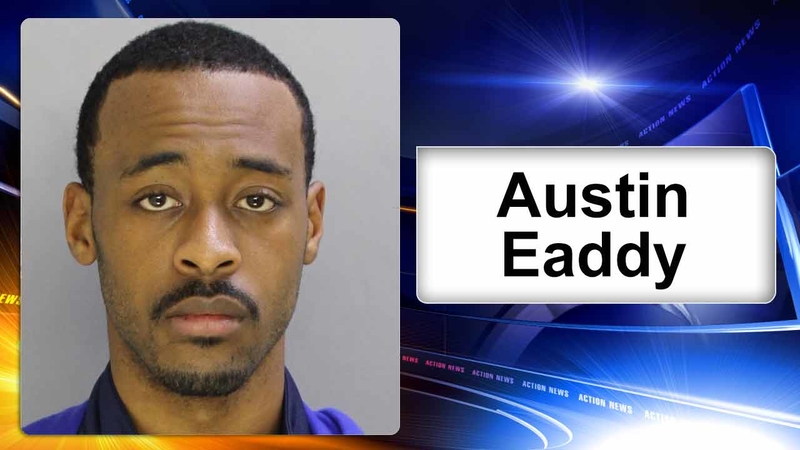 WEST CHESTER, Pa. (WPVI) -- A West Chester University student has been charged with rape in connection to one of two incidents that occurred last week on or near campus.

The suspect has been identified as Austin Eaddy.

The incident was reported around 2:30 a.m. on Friday, April 1 on the second floor of the New Street Parking Garage.

The victim, a female student, told police she was at an off-campus party walking back to her dormitory. When she arrived at the New Street Parking Garage she was approached by the suspect who she did not know.

Police say she was then raped. They say Eaddy also took her cell phone and wallet and fled when a witness arrived.

Authorities were able to identify Eaddy through surveillance images from the garage.

Eaddy remains in custody after he failed to post a $100,000 cash bail.

The second incident, which officials say is not related to the first, occurred around 4 a.m. on Saturday, April 2 in a residential facility on campus.

Officials say a female student was sleeping when a male acquaintance assaulted her.

This second suspect is not a West Chester student, officials say.

This suspect remains at large.