All three victims were pronounced dead at the scene.
WPVI
By 6abc Digital Staff 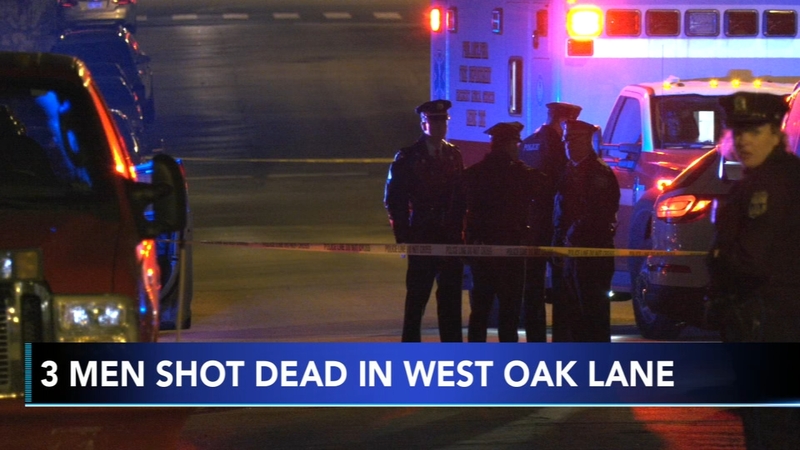 Officers responded to reports of a shooting around 11:40 p.m. Saturday at Haines Street and Cedar Park Avenue.

Police say an 18-year-old male was located by the driver's side of a white Kia Sportage with a gunshot wound to the head.

He has been identified as Lamir "Naseem" Timms.

A 20-year-old male was located in the backseat with a gunshot wound to the back.

He has been identified as Ahmed Graham.

A second 18-year-old male was located on the roadway with multiple gunshot wounds to the body.

He has been identified as Konyae Rice.

All three victims were pronounced dead at the scene.

Police say a weapon was recovered.

According to police, the Kia was stolen on March 2 in West Oak Lane.

Detectives say they are reviewing cameras in the area and interviewing people that may have seen the crime take place.