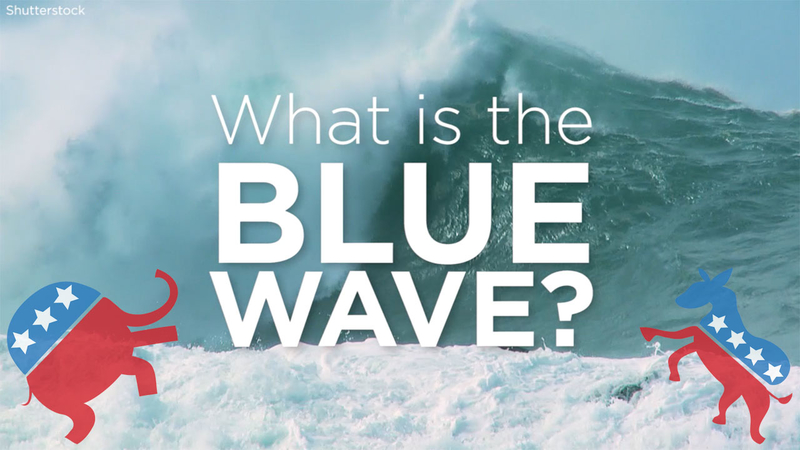 The notion of a "blue wave" refers to a theorized Democratic sweep during the upcoming midterm elections, specifically the idea that the party could win back control of both the House of Representatives and Senate.