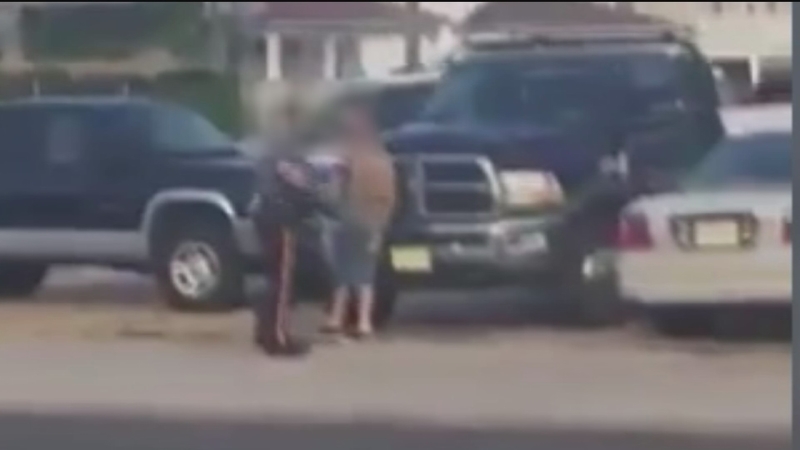 WILDWOOD, N.J. (WPVI) -- Police in Wildwood, New Jersey have opened an investigation after an officer was involved in an incident that was caught on camera.

Video of the incident appears to show a Wildwood police officer punch a man in the face. The question is: was it justified?

It happened this past Sunday evening near the intersection of New Jersey Avenue and Roberts Avenue.

In the video, the Wildwood police officer and a man appear to be having some kind of confrontation.

The man is not cuffed, his hands are free. Then for a reason unknown at this point, the officer strikes the man in the face.

Action News spoke with the Wildwood police chief on Tuesday. He says that the man who was punched was involved in a disorderly persons complaint.

He also tells us the officer involved will not be named at this point, nor will the man who was hit.

The chief did say that the officer involved in the incident will remain on duty while the investigation is ongoing.