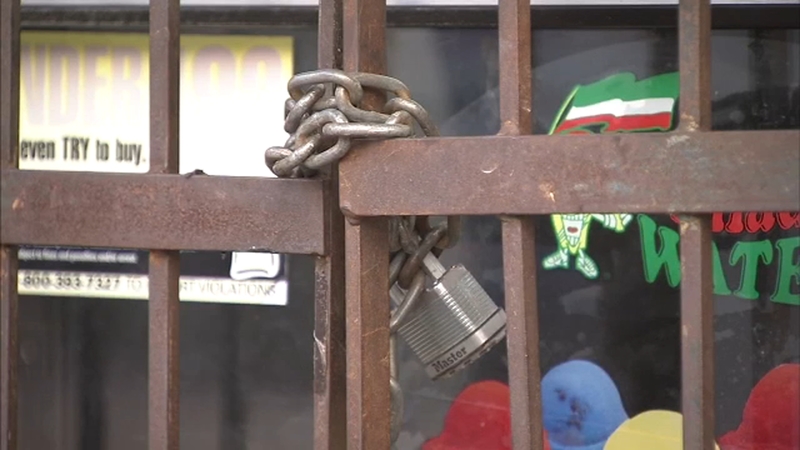 WILMINGTON, Del. (WPVI) -- Just when you think you heard it all. Wilmington police say here comes a new scheme. Go out and tell some shoplifters to steal some items you'd like from Walgreens and CVS so you can turn around and sell them in your store at a discount. No, we're not making this up.

Wilmington police had noticed in recent weeks there had been a significant uptick in shoplifting incidents in the city.

And when they started investigating to see what was going on, "It became apparent that it was larger than we thought," said Lt. Matthew Hall.

Police say that they found a number of mom and pop convenience stores like Shorman Mini Market in the 2200 block of Washington Street and City Market Deli & Grocery in the 2400 block of North Market selling items that had been stolen from Walgreens and CVS.

"We saw many of the products that were stolen in plain view on the shelves of these local stores. They still had the labels from Walgreens and CVS," said Hall.

So how exactly did the shoplifting scheme work?

"We learned that some of the stores were putting out lists to certain individuals to go out and shoplift certain items for their store," said Hall.

Police say they would pay the shoplifter a dollar for each stolen item and then turn around and sell it to unsuspecting customers in the neighborhood for two or three times as much.

"That's real crazy, that's like unheard of," said Wilmington resident Stephanie Neal. "No, see, the people that's doing that they should be in jail."

Police say they found at least five stores, including Lucky Stop in the 2200 block of North Market and Franklin Market at 128 North Franklin were also involved in the scheme. All have been shut down by Licenses and Inspections for various infractions.

"We found everything from electrical plumbing, mechanical, including some structural issues that we have some concerns with," said L&I spokeswoman Jessica Ramos Velazquez.