There was no immediate word on the cause of his death.
WPVI
By 6abc Digital Staff 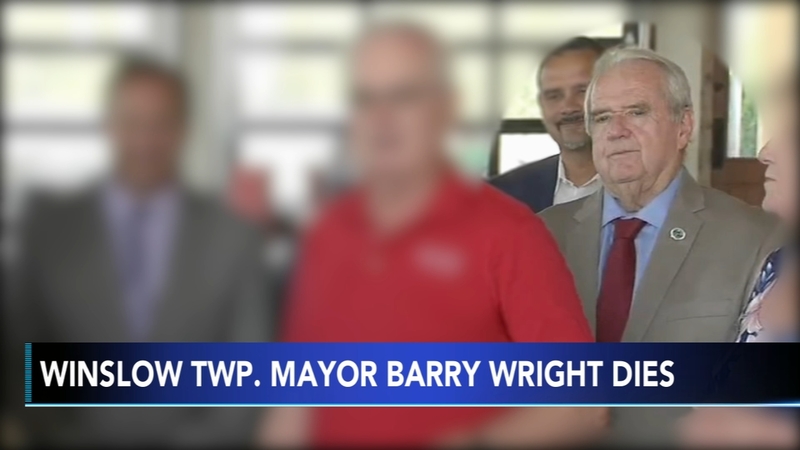 WINSLOW TWP., New Jersey (WPVI) -- A community in South Jersey is mourning the sudden passing of its mayor.

Wright first served in the police department for 27 years before becoming a committee member and then mayor.

There was no immediate word on the cause of his death. He was 69-years-old.

"The Camden County community has been crushed with the passing of Winslow Township Mayor Barry Wright today. As a Board, we are shocked to lose someone that dedicated his life to the selfless endeavor of serving the residents of Winslow Township and Camden County as a dedicated civil servant. Barry was rooted in Winslow Township and after serving for 27 years as a township police officer, he continued to give back to his community by serving in elected office as a committeeman and then as a mayor for 20 years. Barry was the epitome of integrity and gave everything he had to building a better community for generations to come. He was a thoughtful and intelligent elected official who always put others first. Sadly, Barry has left large shoes to fill in Winslow and our thoughts and prayers are with his family right now in this most difficult time."