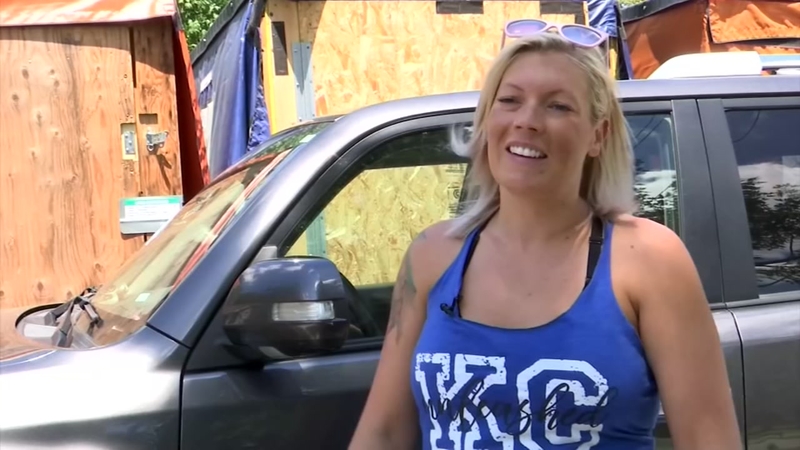 KANSAS CITY, MO -- A Missouri woman took matters into her own hands after her Toyota 4Runner was stolen.

Danielle Reno is not a professional investigator or police officer, but she put together her sleuthing skills and brought her stolen car back home.

Reno said the ordeal started at a gas station near her home.

"I got out of the car for two seconds and grabbed my daughter, turned around and my car was gone," Reno told KCTV in Kansas City.

The thieves also made off with her cellphone, cash and credit cards. While the criminals may have initially thought their crime was even better than they planned, it turned out to be their downfall.

Reno filed a police report for her stolen vehicle, but she did not give up her personal hunt for justice.

"We stalked this lady literally for 48 hours," Reno said. "She had no idea what we were doing."

The stalking involved following the location of her cellphone and purchases on her credit cards.

She tracked the thieves to an Applebee's. Once she saw them go inside, she walked back to her car and stole it back.

"Oh my gosh, before I call the cops I wanted to show you all what we just found, by doing our own stalking. At Applebees, my hearts racing," Reno said in a video uploaded to Facebook.

Police then arrived and arrested the suspected thieves, who still had Reno's credit cards in their possession.

Unfortunately for Reno, the thieves trashed her vehicle to the point where she doesn't even drive it.