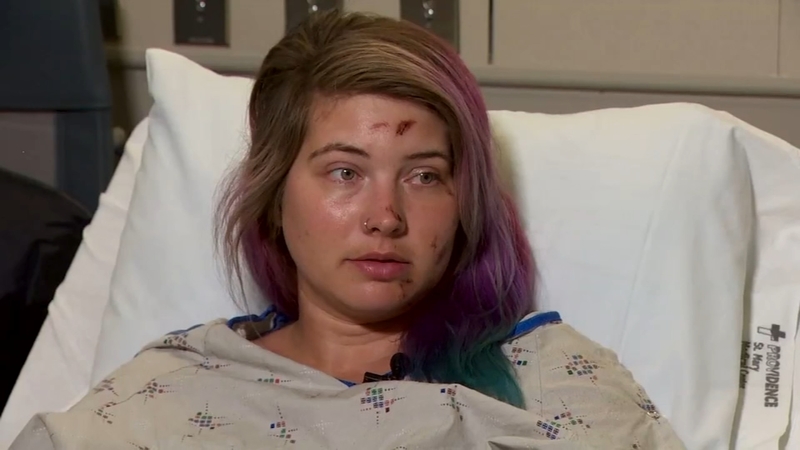 A hiker plunged 300-feet down the icy cliffs of Mount St. Helens and lived to tell the tale.

Thirty-two-year-old Navy veteran Brittany Fintel was about to reach the top when she slipped, sliding down the snow and bashing into boulder after boulder before coming to a stop.

"The first thing that hit the boulder was my hip then I flipped over that and hit my head and I kept rolling down until I naturally sort of stopped," Fintel said. "The moment I slipped I thought I was dead, I was just expecting that this was the end."

Nearby climbers radioed for help. The Coast Guard reached Fintel after five hours and took her away to safety via helicopter.

But it was Fintel's 7-year old German Shepherd service dog Indy who was the first to reach her. Indy stayed by her side the entire time until help arrived.

"He was my first responder, essentially; he made sure that I wasn't in shock. He laid beside me, he licked me, he was extremely comforting," Fintel said.

Approximately 42 million Americans hike every year. According to the National Parks Service, in 2017, it performed nearly 3,000 search and rescues with 159 fatalities.

Experts say lack of experience and poor judgement are to blame, something Fintel has owned up to.

"I didn't have proper equipment for the ice," Fintel said.

Fintel is now recovering in the hospital with her dog Indy still by her side.