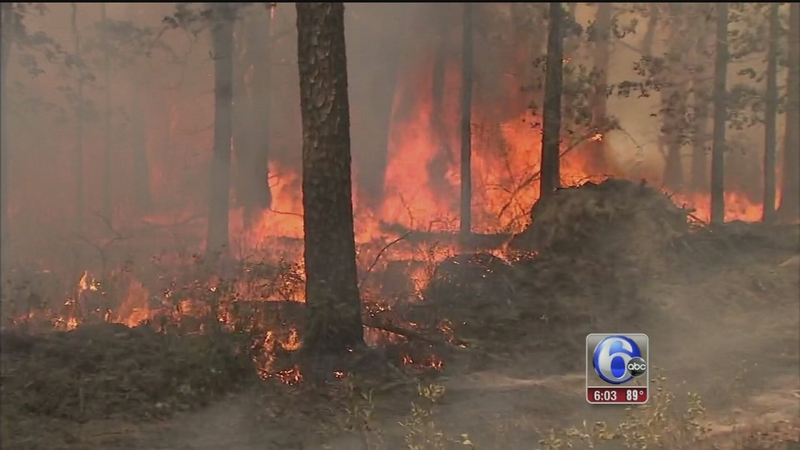 The fire broke out Monday in Woodland Township, Burlington County, and later spread into Ocean County.

Authorities said the blaze was 100 percent contained by late Tuesday afternoon, but it was still smoldering Wednesday.

Officials say the fire started on private property after someone improperly disposed of charcoal briquettes.

It spread quickly because conditions were dry and windy, and crews had difficulty getting to the fire site because it was in a remote area.

The New Jersey Forest Fire Service is investigating the fire.