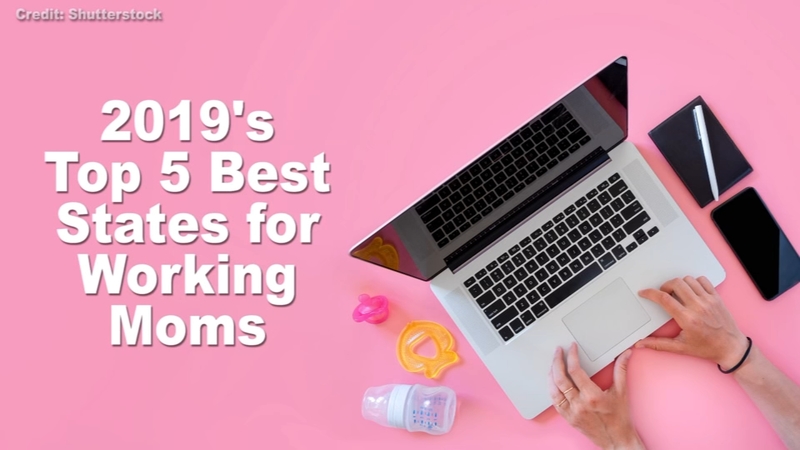 With Mother's Day just a few days away, many working moms are looking forward to having a day off and being celebrated by their families.

According to personal finance site WalletHub, more than 70 percent of mothers with young children are employed, but women still make 85 percent of what men made in 2018 and have much less upward mobility.

Researchers at WalletHub wanted to know where these women can find the best employment opportunities and child-care conditions, so they compared the 50 states and the District of Columbia across 16 key metrics to determine which states are the best for working moms.

Massachusetts took the top spot on the list as the best state for working mothers, and also ranked first in the "Child Care" and "Work-Life Balance" categories. Conversely, the state has the third highest child-care costs, according to the report.

Rhode Island ranked second on the list and has the fifth lowest gender pay gap. The third place spot went to Connecticut, followed by Vermont, which also has the second lowest gender pay gap and the fourth highest female-to-male executive ratio. District of Columbia came in fifth overall, and was reported to have the fourth highest child-care costs.

Illinois did not make the top half of the list, ranking 32nd overall and 45th in the "Professional Opportunities" category. The Land of Lincoln also ranked 22nd in the "Child Care" rank and 25th in "Work-Life Balance."

The title of worst state for working mothers was given to Louisiana, which landed in 51st place. According to WalletHub, Louisiana also has the second worst day care system as well as the second highest gender pay gap.