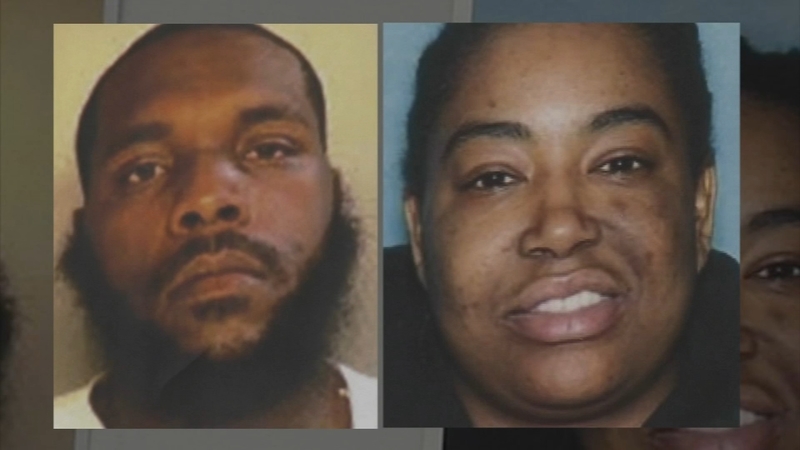 YEADON, Pennsylvania (WPVI) -- The search continues for two men who Yeadon police say were involved in a robbery attempt that ended in a justifiable homicide.

Police are looking for 26-year-old Tyrone Chub Madison and 37-year-old Jhimeia Mimi Harrell. They're wanted after they allegedly lured a young 23-year-old entrepreneur behind the Parkview Court Apartments to rob him.

But it turns out the young man had a license to carry.

"Based on what I know, he likely would have lost his life had he not done what he did," said Chief Anthony Paparo with the Yeadon Police Department.

This all happened last month on September 18 when detectives say Harrell began texting him.

"He has his own little business. He sells high-end hair extensions. They go for like $300," said Paparo.

So he met them behind the apartments for a sale, and that's where the duo and two other alleged accomplices were waiting.

The chief says a man named Omar Thompson jumped in the victim's car.

"Omar literally jumps in the front driver's side window which was down and now is on top of the victim. He pulls his own firearm and fires three rounds," said Paparo.

Police say Thompson died right there in the victim's car.

The chief says Madison and Harrell were seen by a witness leaving in a cream-colored Buick.

Madison would later return, even speak to officers at the scene, but unfortunately at the time, the police didn't know he was involved.

Though officials have justified the shooting, the young man is reportedly very shaken up still.

The chief says this can be used as an unfortunate but valuable lesson: only to meet in safe spaces.

Police say they are looking for a third suspect who goes by the name "Bernie."