"Everything I've done in this town, I don't deserve that," said Chief Anthony Paparo.
WPVI
By George Solis 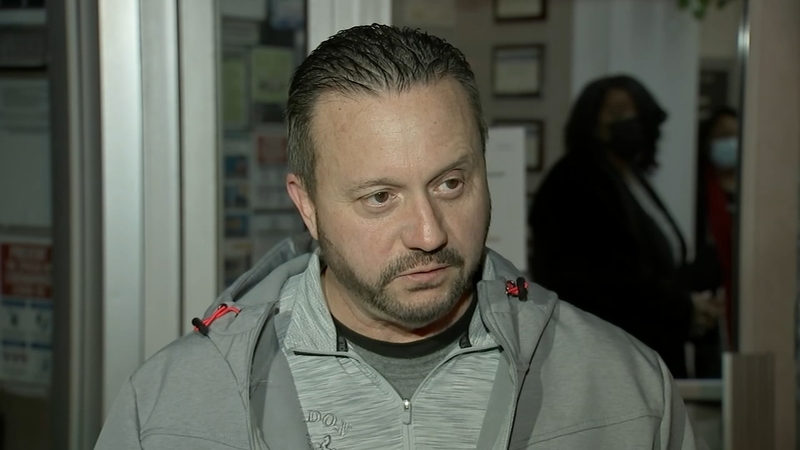 YEADON, Pennsylvania (WPVI) -- Controversy is continuing to brew in Yeadon, Delaware County over the future of the borough's top cop.

Tempers flared Monday night during what was meant to be a public meeting to discuss progress.

While not any agenda, the bulk of the fiery discourse was centered on the future of Chief Anthony Paparo.

Tensions have been steadily rising between some residents and leaders over concerns his contract would not be renewed.

Paparo says his race is being held against him.

"When people say that they want a Black chief because it's a Black town, I didn't want to believe it," said Paparo.

"Everything I've done in this town, I don't deserve that," Paparo said.

The chief, who has been on the job for five years, says he's been offered a three-month severance, which he declined.

He also refuted claims from the council president that his job was in jeopardy over general complaints and years of overspending.

SEE ALSO: Yeadon police chief's job is in jeopardy. Is it over race or money?
EMBED More News Videos

Paparo cited the unrest two years ago and the ongoing pandemic.

"I will put the lives and the safety of the residents of this town that I call family before worrying about a bank of hours," Paparo added.

"I work in this neighborhood. I'm out here every single day and I don't see this police chief never," said one resident.

"Council has the right to get rid or hire anybody they want to," said another resident.

But the chief made it clear he has no intention of going quietly.