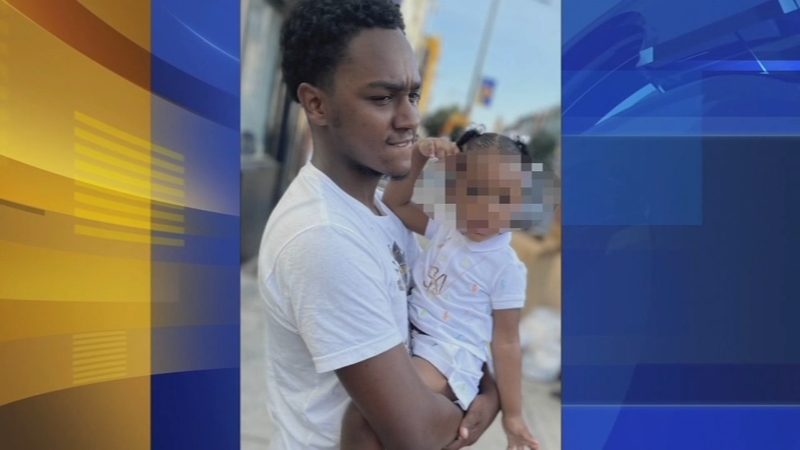 PHILADELPHIA (WPVI) -- A triple shooting at a Fourth of July barbecue in West Philadelphia left two people dead and and a teenager in the hospital.

Witnesses say, at first, they mistook the gunshots around 10:30 p.m. Sunday at 60th and Sansom streets for fireworks. Then they started to run.

One of the victims has been identified as 23-year-old Sircarr Johnson Jr., the owner of Premiere Bande, a clothing store in West Philadelphia.

He was also a father, a husband, a son and a brother.

Johnson had invited the community to an Independence Day barbecue, which was also an anniversary party for his store.

A post on the store's Instagram page promoting the party read, "4th of July Anniversary Cookout!! Everything free starts at 6:00. Celebrating another year of success!"

"He could have kept that money to himself. A 23-year-old entrepreneur and a city activist - what else can you ask for?" Towles added.

More than 100 shots were fired. Police ran out of evidence markers.

A 16-year-old female was also shot and hospitalized in stable condition.

Police are reviewing footage from surveillance cameras in the area.

And only a few hours later, police responded to the 5900 block of Hazel Avenue in West Philadelphia for another homicide.

He was rushed to the hospital where he died.

As of now, there is no word on any arrests or a possible motive in these shootings.