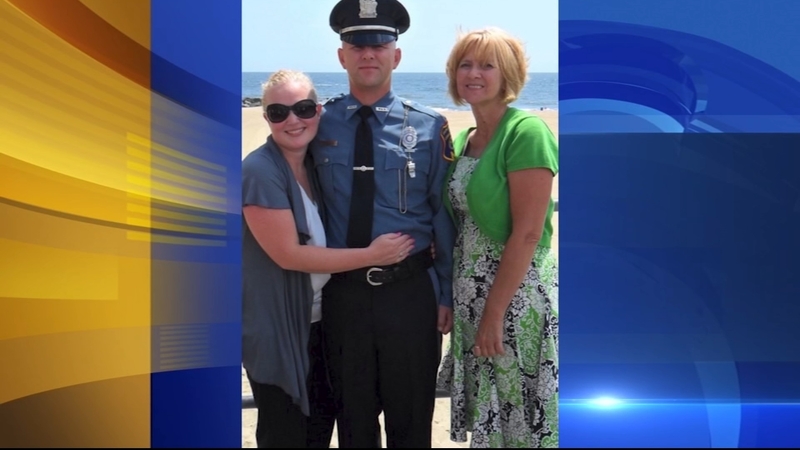 Off-duty corrections officer critically injured while helping others on highway

TRENTON, New Jersey (WPVI) -- A New Jersey correctional officer was seriously injured after he was hit by a car while trying to assist another driver last week.

Those that know Jason Rawa best will tell you there aren't enough great things you can say about the guy.

"Willing to help anybody. Real nice guy," said Corey Forbes with New Jersey PBA Local 105. "He's always there. He's always there to help. You know, you pick up a phone call, no matter what the situation is," added his brother Shawn Rawa.

The commitment to others is why it may not come as much a surprise that the married father of two chose a life dedicated to protecting and serving the community as a New Jersey state correctional police officer.

Officer Rawa has been with the police force for a little more than a decade.

"As his younger brother, he's kinda always been a hero to me growing up, and now he's really one in real life," said Shawn.

This past week, Officer Rawa was on his way home after working a double shift when he came across an accident along a stretch of I-195 in Hamilton Township, Mercer County.

According to police, a couch that had fallen off a truck caused a driver to swerve into a guardrail. Officer Rawa, who was off-duty, still didn't hesitate to help the driver, but that's when tragedy struck.

"Another car came and hit the couch, the couch and the car hit him," Forbes explained.

The crash resulted in numerous life-threatening injuries for Rawa. It was so severe he was placed in an induced coma at Capital Health Medical Center.

Though awake now, family members say it's been a rough few days.

Since the accident occurred while off-duty, Rawa isn't covered by workers' compensation.

His fellow officers at the Police Benevolent Association Local 105 started a GoFundMe page to help the family out during this difficult time.

"When something like this happens to one of us, you know we always try to rally around the wagon and show our support," said Forbes.

It's a big morale booster for the family, who want nothing more than for this hero to come back home.

"You get a little emotional to see how many people are stepping up," Shawn said.