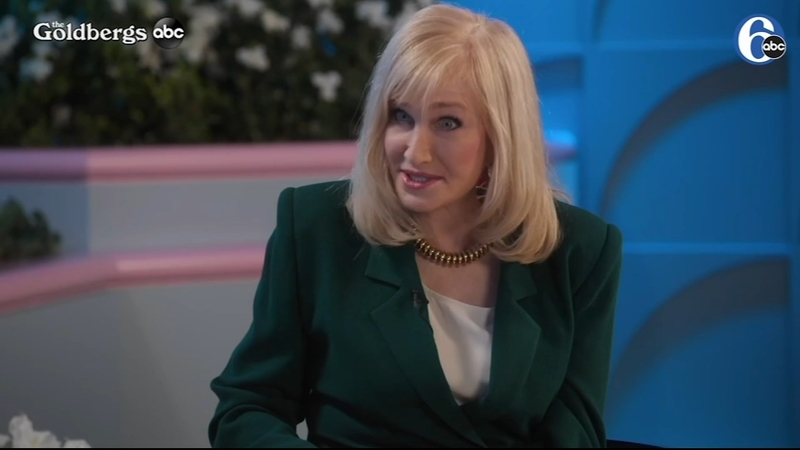 PHILADELPHIA (WPVI) -- Dozens of local places, names and bits of Philadelphia history have been featured on "The Goldbergs," thanks to the show's creator, Jenkintown native Adam Goldberg.

On Wednesday, look for a Philly-based talk show host playing herself.

Nancy Glass is revisiting her 80s TV past as the host of a Philadelphia-based talk show that's at the center of a rift between Barry Goldberg and his best friend Geoff.

RELATED: Remembering 'Pops:' Cast of 'The Goldbergs' mourns the loss of George Segal

Glass is best known for her work on Inside Edition and was the first solo female anchor of a national news magazine.

She's a little giddy about her first role as an actress.

"Apparently, I'm their favorite talk show host and somebody gets tickets to see me," Glass says, explaining the episode. "There's an argument over that and it seems to test everybody's friendship. Then they show up in the audience, they get into an argument. I resolve their argument, and they hug."

Glass founded the Glass Entertainment Group in Bala Cynwyd and says she loves how "The Goldbergs" celebrates all things Philly.

"They are adorable, and I have to tell you, I've been in business a long time and I've met a lot of people," Glass says. "These people are so nice. Everybody out there was so nice. It was so not a 'Hollywood' type of experience."