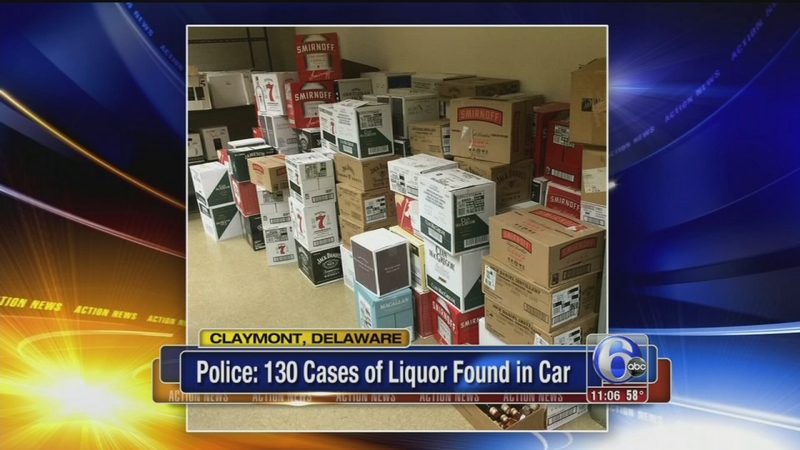 Kin Fu Wong, 38, is being charged with attempt to evade state excise tax and illegal transportation of alcohol with license.

Police said a trooper stopped a 2011 Chevrolet Surburban, driven by Wong, Saturday for a traffic violation on Naamans Road.

During the stop, police said, the trooper observed the passenger compartment was filled with 130 cases of various brands of liquor.

Wong purchased the alcohol at multiple locations in New Jersey and one location in Delaware prior to being stopped, police said.

He was also found to be in possession of more than $10,000 cash, police said.

Wong was taken into custody and turned over to the Division of Alcohol and Tobacco Enforcement.

Agents seized the cash and the vehicle.